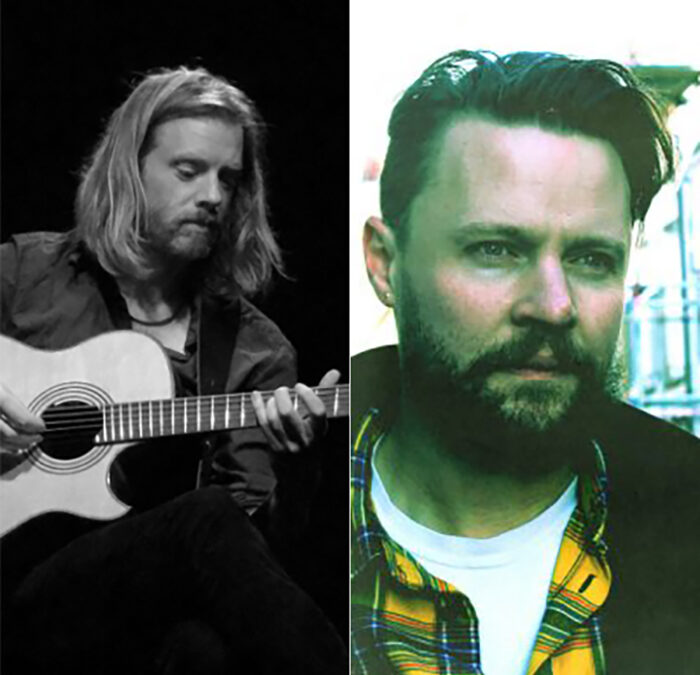 BEN WALKER: Ben Walker was recently hailed as one of ‘the best acoustic guitarists in the world right now’ by Total Guitar magazine. A versatile composer as well as a celebrated instrumentalist, his passion is putting old jewels in new settings.

After six critically acclaimed albums and a BBC Folk Award as a duo with Josienne Clarke, and more than fifty records as a producer of other artists, Ben Walker’s signature style has been sought out from punk to Proms, from Rough Trade to the Royal Shakespeare Company.
Ben’s first solo album, Echo , was released in July 2019; a collection of original pieces, traditional songs and poems set to music, critics have given it a rapturous reception.
In between producing and playing with other leading artists, Ben is thoroughly enjoying bringing his characteristically warm, whimsical and virtuosic solo set to folk audiences in the UK and Europe throughout 2019. He is inspired by finding the past in the present, by the languages and lived experience of ordinary people and the names, songs and stories that reflect each other down the ages.

Just floors me every time I hear it…his guitar playing is second to none. Verity Sharp, BBC Radio 3, The Late Junction

THOM ASHWORTH: An acoustic bass guitar may not seem like an obvious choice as an accompaniment instrument, but Thom Ashworth shows that that 4 strings are enough to delve into the canon of British folk music.

This selection of luminaries doesn’t tell the whole story though – from the sparse lament of The City and The Tower to his muscular arrangement of High Germany, Thom’s inventive musicality and powerful tenor voice shine through. Live highlights to date include performances at Cambridge Folk Festival, Sidmouth Folk Week, and Shambala, and sharing stages with Lankum, Stick In The Wheel, Kris Drever, and Chris Wood.

Thom’s EDFSS funded debut album ‘Head Canon’ (2019) runs the gamut from the Fairport-esque folk rock of Ratcliffe Highway to his stripped bare a capella rendition of MacColl’s radio ballad Exile. It’s a tour de force by an exciting new artist on the British folk scene, showcasing Thom’s unique approach to bass playing, giving the instrument a chance to shine on its own and as part of an ensemble.

Thom Ashworth is in the vanguard of a new generation of protest singers. Folk Radio UK