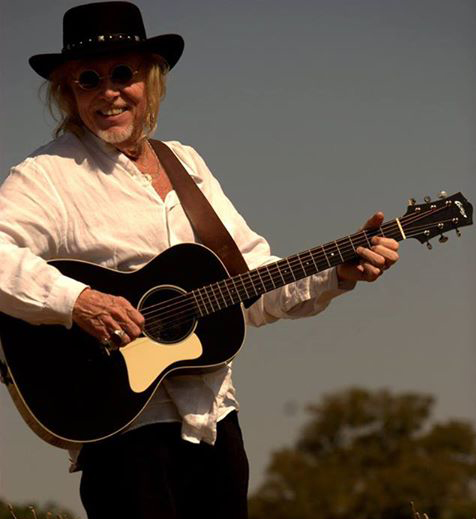 Bob Cheevers: Whether playing shows in-and-around his home base in Austin Texas or across the globe, Cheevers brings it all to the stage every night. An Emmy winning songwriter who was a show- opener on Johnny Cash’s final tour, Bob’s favorite acknowledgement is his Texas Music Award for “Singer/ Songwriter Of The Year” which he received three years after moving to Austin in 2008. His artistic lifestyle and story songs live-up-to and soar above his accolades and critical acclaim. His February 2019 tour with London guitarist Geoff Haves will be Bob’s 19th year of touring Europe (mostly the UK). He will be promoting last year’s “Bob On A Stick” (14 songs on 128mb memory sticks) and the new 11 song “From Me To You” both of which are live-in-studio recordings. Consistent with Bob’s philosophy about his songs is his perennial statement “I don’t know if these stories are true…but they happened to me”.