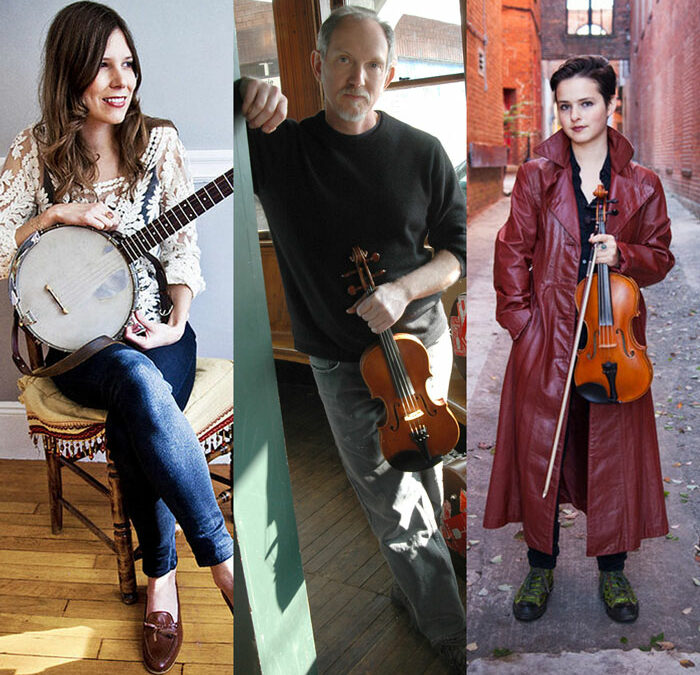 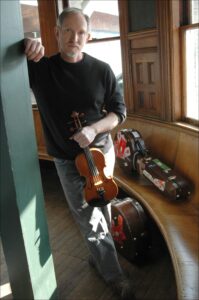 Molsky digs deep to transport audiences to another time and place, with his authentic feel for and the unearthing of almost-forgotten rarities from the Southern Appalachian songbook. Molsky seduces audiences with a combination of rhythmic and melodic virtuosity and relaxed conversational wit – a uniquely humanistic, downhome approach that can make Carnegie Hall feel like a front porch or intimate jam session. 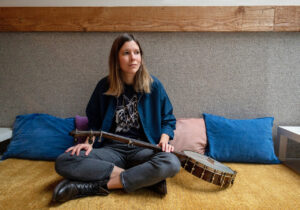 ALLISON DE GROOT: Allison de Groot combines love for traditional music, technical skill and a creative approach to the banjo forming her own sound – unique and full of personality.  Her collaborations with Bruce Molsky, Tatiana Hargreaves, Nic Gareiss and The Goodbye Girls provide spaces to explore the role and depth of clawhammer banjo.
“Allison de Groot is the kind of artist who’s virtuosity is built on her strength as a player, performer, composer, and on her appetite for new (and old) ideas. She’s transforming the banjo in a beautiful way, both for herself and for others who enter her musical space.” Bruce Molsky 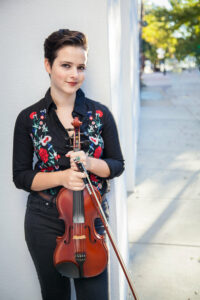 TATIANA HARGREAVES: Over the past eight years, Tatiana Hargreaves has been on the forefront of an up and coming generation of old time, bluegrass and new acoustic musicians. Since releasing her first solo album “Started Out To Ramble” in 2009, Tatiana has toured with musicians such as Dave Rawlings, Gillian Welch, Laurie Lewis, Darol Anger, and Bruce Molsky. From placing first at the Clifftop Appalachian Fiddle Contest, to her bluegrass fiddling on Laurie Lewis’ GRAMMY-nominated album The Hazel And Alice Sessions, Hargreaves shows a musical fluency that flows between old time and bluegrass worlds with ease. She currently tours with banjo extraordinaire Allison de Groot and teaches bluegrass fiddle at the University of North Carolina in Chapel Hill.