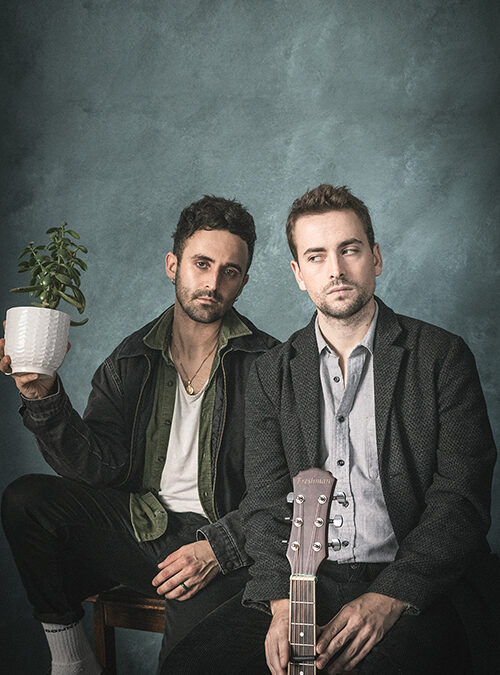 BURR ISLAND: Once upon a time, there was a brooding, beardless man named Tom and a brooding, not-so-beardless man named Oscar.  Tom was raised in a land called Frome. Frome was known for its infinite pottery shops, cheese festivals and Glastonbury-going flower-children of the past. Oscar lived his early years deep in the south west of Hobbit country in a little village called Aveton Gifford where mythical creatures spent their days trading limericks and fiddlesticks.
Years later, Tom and Oscars’ strange cobbled paths met in a distant kingdom called Guildford. Unable to speak each other’s mother tongue, they both sang the first note that came to their heads… at the same time.
It is said that, in that moment, they produced a harmony that was so rich and unified that even the earth itself had not heard such a sound.
Suddenly, the elements reacted, lifting the boys up off their feet. The sky engulfed them and the wind and rain raced past, hurling their twisting bodies. Still, they sang!
At last, the clouds broke and their breath grew tired. Slowly, Tom and Oscar wafted down like seeds from a maple tree towards what appeared to be… a bed of sand.
They had landed on what would later be known as…
Burr Island.