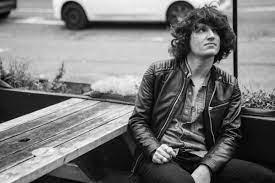 CALLUM LURY grew up in Harrow, a commuter town with a surprisingly rich musical heritage, on the outskirts of London. From playing in Rock’n’roll and Americana bands to arranging horns for folk groups to working as a songwriter for House music artists, he’s been working on the scene, honing his craft, for the last decade, embracing and chasing a wide-ranging career that has helped developed a unique musical sound. He is currently the lead singer and songwriter for acclaimed Americana group The Blue Highways. He has recently begun releasing music under his own name as a solo artist, the music avoids easy categorisation, swerving from modern alt-rock to folk to pop.
This one off show in the Green Note basement will showcase The Blue Highways forthcoming album, and his own soon to be announced solo release.