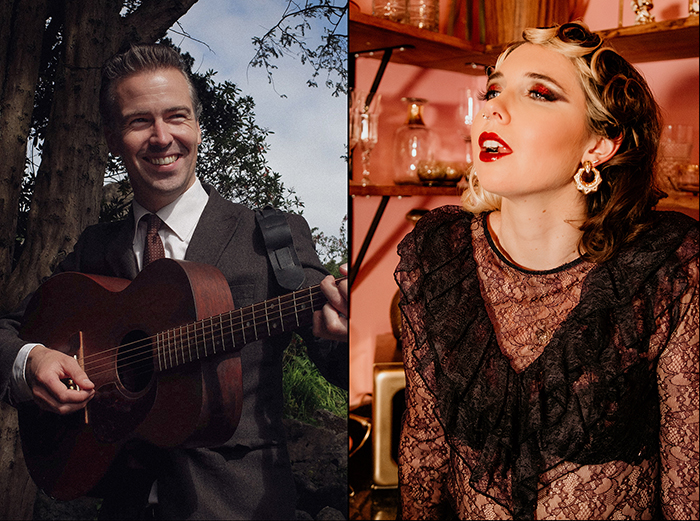 SWEET MEGG: Megg is a vocalist from New York City based in Nashville, TN. She studied jazz in Paris and grew her sound performing in jazz clubs around New York City. She is heavily influenced vocally and emotionally by Billie Holiday. Her songs are influenced by her years as a jazz singer but also by her love of classic country, early rock n roll, and the folk singers of her hometown NYC.

His involvement with the Lindy Hop scene nudged him in the direction of early jazz and swing, but the standards Louis Armstrong may have sung still possess a rural quality. He cut his teeth playing in country and folk bands and will still play the odd bluegrass number if the feeling takes him.

His reworking of traditional songs breathes new life into well worn standards and his original compositions that give a nod to the rootsy side of Bob Dylan, Leonard Cohen and Townes Van Zandt.