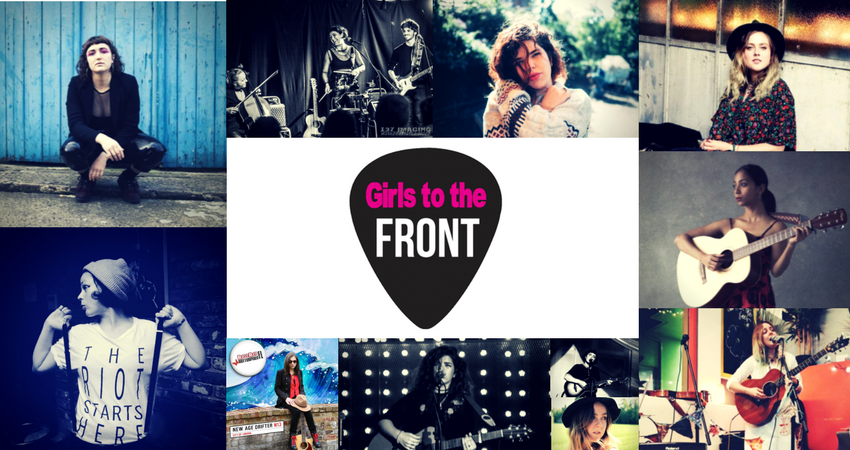 Green Note and Blue Monday present… GIRLS TO THE FRONT # 8

Green Note and Blue Monday present Girls To the Front – A night celebrating women in music by bringing the finest crop of rising female music artists to the forefront. Back by popular demand MIRI and RoseRed bring you the eighth installment of artists who are currently making waves in the London music scene. Expect an eclectic musical feast of Indie folk, acoustic country blues, soulful folk and seductive Jazz to whet your appetite and stir your soul.

Martha Hill creates true journey music. Her roots firmly in soulful folk and seductive jazz, married to the eccentricities of modern pop. Far from traditional, she fuses timelessness with alluring arrangements that have hooked and held peoples’ ears both in England and across Europe.

Busking since she left home aged 17, Martha Hill released her debut single “Blue Moon” in December 2016. She has since toured throughout the UK and Italy, securing the acclaim of fans, promoters on the festival circuit and the attention of the music press.

“With the room now at full capacity, and many being turned away at the door, Martha Hill is becoming quite a name here in the North East.”- Lock in Music

“At once exotically jazzy and soulfully sensual – it’s a chilled out track which carries the listener on a wave of atmospheric nostalgia.” – Narc Magazine.

During a summer of festivals, including slots at Solfest festival, Harambe Pasadia and Lindesfarne Mainstage, Martha Hill was also working with producer Matt Terry (The Enemy, Wonderstuff, RSC etc.) on new material due to be released in 2018. Martha Hill completed her second DIY UK tour of the year in October, including a sell-out show at Cluny2, Newcastle, as well as shows as far as London, Southhampton and even Aberdeen; Martha Hill is a passionate young musician, unafraid of hard work.
“It comes from the heart.” – The Newcastle Courier.

“At once exotically jazzy and soulfully sensual…” – Narc Magazine.

Ny-Oh is a singer-songwriter from New Zealand who is a fearless lyrical nomad. She travels the lands charming people with her songs and sharing messages of love, hope and change. Her quirky rhythms and lyrics, amidst sometimes a Joni Mitchell-esque velvet tone, will captivate your soul.

Rotem is an extraordinarily talented 22-year-old singer/songwriter/guitarist from Tel Aviv. She is currently based in the UK, playing live shows and recording.
For the past 5 years she had been collaborating with producers in Israel and UK, releasing projects such as “Safety Land” with the successful Israeli producer Roby Fayer (Composer of the Assassin’s Creed Trailer soundtrack “Ready to fight”), as well as was featured in “My Town” by E-Z, which was produced by MTV and received high rotation on commercial stations across Israel.
Since this success, she has travelled extensively, performing her music to appreciative audiences throughout Asia, and now in the UK.
Nowadays, Rotem’s new single ‘Hurricane’ and her previous single ‘Waterfalls’ are being played on Caffe Nero’s playlist across the world, as well as in mainstream radio station in Israel (88FM). Rotem is now performing with her acoustic sound in London at places such as “The Troubadour”, “Half Moon”, “The Good Ship”, “Oxjam music festival”, “The Bedford” and a lot more.

Anjana Vasan brings a new sort of music to the table with her debut EP, Too Dark for Country. A warm sound that is fuelled by the genres that have weighed heavy in Vasan’s musical past, the EP takes elements of folk, blues and country music to create something that can’t be neatly filed under any of those titles. Instead, the songs are defined by their depth of character – the wealth of sadness, parried by moments of sheer joy.
Released by Folkroom Records and recorded with award-winning producer and musician Ben Walker, Too Dark for Country talks of race, of the tragic lives of blues legends, of love songs that are doomed to repeat themselves, and of that most magical of all things: key lime pie.