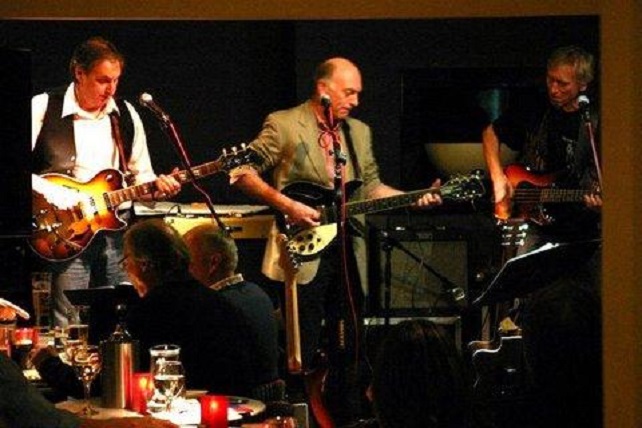 Having two fine songwriters ensures a wealth of material. Terry’s ‘Silver Coin’ has also been covered by the likes of Bridget St John, Archie Fisher, and Barbara Dixon, while Doug’s compositions feature in his numerous projects with Magna Carta, The Albion Band, Richard Digance, Michael Chapman, Maddy Prior and his 30 year partnership with US guitar legend Jerry Donahue.

In the 1970s Hunter Muskett produced two, now collectable, albums Every Time You Move with bassist Danny Thompson and the Keith Relf produced Hunter Muskett.
Since reforming in 2010 there have been two further CDs of original material: That Was Then This Is Now and Unafraid and Sober – both with occasional help from some illustrious friends.

This will be the band’s fourth appearance at Green Note.

‘ …great songwriting, lush vocal harmonies and superb musicianship..
… remarkable that a band can get back together after forty years and produce an album which sounds so fresh and relevant today.’ – Peter Cowley, FATEA