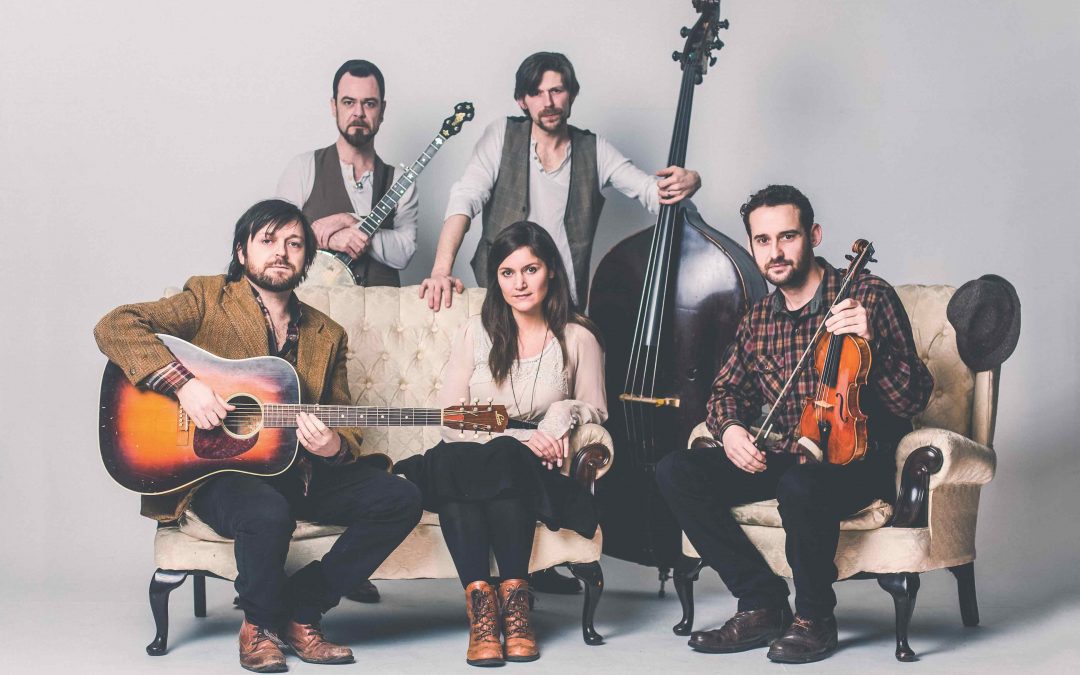 Dublin roots band I Draw Slow have been consistently honing their craft over the course of the last 11 years. They have been selling out venues across Europe & North America and releasing their records to critical acclaim.

It’s been six years since the 5-piece band made their debut US appearance in Nashville, following the #2 Irish chart position of their second album, Redhills. Fifteen tours later, they’ve moved into a dominant position on the American folk music scene, receiving well deserved recognition from some of the biggest festivals in the US.

Part of the band’s appeal lies in their live performances, which really showcase the exceptional musicianship of I Draw Slow. The instruments and vocals blend beautifully on stage, giving audiences a sense of intimacy and connection to their performance. Expect to be enthralled alongside an audience that is by turns reverentially quiet and raucously singing along.

2017/18 proved to be their busiest period thus far. Last summer, they signed with Compass Records, one of the most important independent roots labels in the U.S., who also feature Ron Sexsmith, Altan, and the Waifs on their roster. They also released their fourth album, Turn Your Face To The Sun, which was funded entirely through pre-sales to a large, loyal and growing domestic and international fanbase. The album went straight in at #1 in the Irish Independent Album charts, received excellent reviews, and earned them the coveted Record Of The Week spot on RTE Radio One,

They completed their 17th North American tour, enjoying regular US radio airplay from coast to coast and inspiring covers of their material by bands across the US. The tour included special sets at The Rockwood Music Hall NYC, High Sierra Music Festival in California and the prestigious Red Wing Music Festival.

I Draw Slow have attracted the best of Irish talent to their video production: two of their videos (Swans, Valentine) were directed by Hugh O’Conor (My Left Foot, Three Musketeers, The Bachelor) and Aidan Gillen (Game of Thrones, The Wire, Love/Hate) starred as their eponymous anti-hero, Valentine. The band assembled the cream of the Irish burlesque scene for their breakthrough video Goldmine. Their videos have received hundreds of thousands of YouTube hits. Check out the video for the lead album track Portion right here, filmed on the beautiful shores of Achill Island in Ireland

‘truly one of the most fulfilling concerts experiences I have had yet.’ Bolderbeat Colorado

‘what I Draw Slow has created seems like a fully natural evolution’ Bluegrass Today, US