I See Hawks In LA 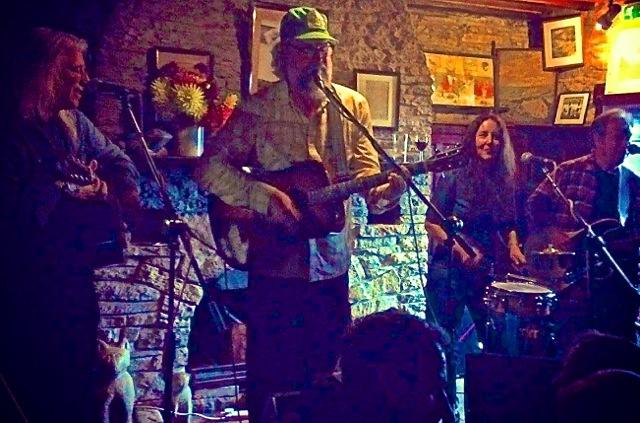 “For 17 years and eight albums, the Hawks have expressed ecological concerns, irreverent wit and oft-psychedelic perspective in unequalled and distinctly American music–sort of a rural Steely Dan. The house band for the hippy diaspora deliver another gem. The finest country rock band on the planet.” – Michael Simmons, MOJO

“To say that I See Hawks in L.A. traipse down a going-their-own-way path through that old folky Americana and classic California country rock thing doesn’t quite begin to describe the sheer scope of this band’s wiiiide-open vision. They’re adding much-needed musical and lyrical complexity to the old forms, blending and stretching both the emotional and sonic terrain to thrillingly new and unfamiliar points beyond.” – John Payne, L.A. Weekly

“Utilizing roots, rock and psych styles and transcendent steel guitar to channel life’s agonies, ‘Live And Never Learn’ zigzags from tears to grins to epiphanies. The deeper the dive, the stronger the imprint: ‘Tearing Me In Two,’ ‘Poour Me,’ and ‘Stop Me’ all intricately pit mortality against existence, and are simply haunting.” — Luke Torn, Uncut