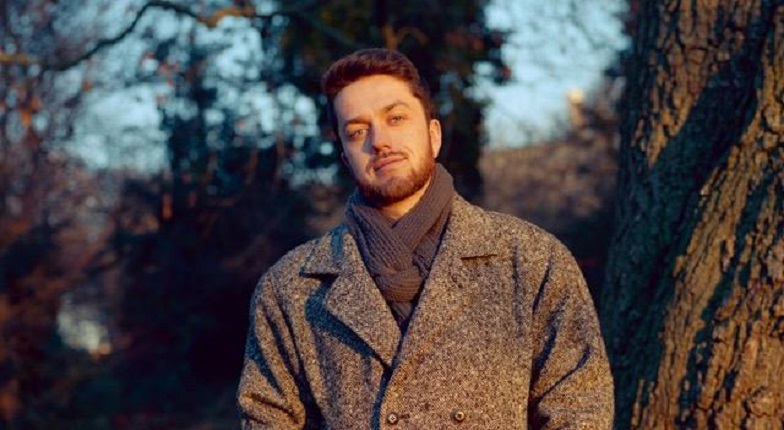 Multi-instrumentalist, singer-songwriter, and producer IAN JANCO‘s passion and dedication to music has taken him on quite the journey. Born and raised in the remote wilderness of Idaho’s Rocky Mountains, Janco began making music at a young age.

A move to California in his teenage years solidified his calling as a collaborator and launched him as a solo artist. Janco played drums, keys, guitar and bass for a handful of local bands, while honing his skills as a songwriter and recording artist. A busking trip across Europe at age 18 landed him in Liverpool, where he then attended Paul McCartney’s Liverpool Institute for Performing Arts.

Having honed his craft as a performer on the UK venue circuit, he’s supported acts such as Emmylou Harris, Ward Thomas, Isaac Gracie, Lauren Daigle and Wildwood Kin. His debut single “Life” was premiered by Graham Norton on Radio 2, with subsequent support from BBC Radio London, Radio Merseyside, Wonderland,  Clash and Acoustic Magazine. His newest single, “Something New” has been shared by countless blogs and playlist curators, including none other than the legendary songwriters Carole King and James Taylor.

Instead of returning to America, Janco took a further leap and moved to London, where he now resides. His sound has drawn comparisons to Ray Lamontagne, Vance Joy, Sufjan Stevens, Stevie Appleton, and early Bon Iver. With a knack for vivid lyrics and memorable choruses.

Janco’s new music is a culmination of his journey. The forthcoming Rapture EP is a body of work stemming from heartbreak, but glowing with the warmth and richness of an artist finding his feet after a whirlwind of societal upheaval, cultural inspiration and personal tumult.  Ian is an artist with a lifelong commitment to his vocation – and he shows no sign of slowing down any time soon.

With support from CHRIS MURPHY

For 25 years, and with no sign of slowing, violinist Chris Murphy has made a living by writing, performing and recording original music. For Murphy, the path forward is charted by looking backward, to the troubadours and minstrels of ages past. Born into an Irish-Italian family near New York City, Murphy was surrounded by the disparate and eclectic sounds of his neighbours’ traditional music. “I heard and was influenced by everything – from Italian-mandolin music, to bluegrass and folk, to Latin music,” he says. Inevitably, he discovered rock ‘n’ roll, claiming still further influence from some of rock’s most adventurous and eclectic icons: Lou Reed and Ry Cooder, Bob Dylan and Richard Thompson. But it was when hearing David Lindley playing violin with Jackson Browne that he realised where is path lay.

Murphy finds his element on the stage, where spontaneity and improvisation reign. “To me, the music is liquid, and I’m looking to have some kind of experience,” he says. “I’ll twist and turn, and hammer and mould, and shape, cut and paste the music to do that. We’ve never done a song the same way twice.”

Chris Murphy prides himself as being a flexible musician, one able to deliver spirited, punk-infused Celtic folk as easily as he does ambient cinematic soundscapes, and as at home carrying the show as a solo player as he is leading a band.

What never changes is the showmanship and charisma on display and if you find yourself at one of his shows, no matter what the format, you are guaranteed a night of unique, infectious and thoroughly rewarding music.

Chris Murphy is back in the UK in June 2022 for a month long tour taking in intimate gigs and large festivals, lively pub gigs and seated art centres, workshops, support slots and everything in between. Last time he hit those shores he felt like a discerning music lovers best kept secret, this time around it would seem that the secret is out!