In The Round: Jinder + Peter James Millson + Simon J. Alpin 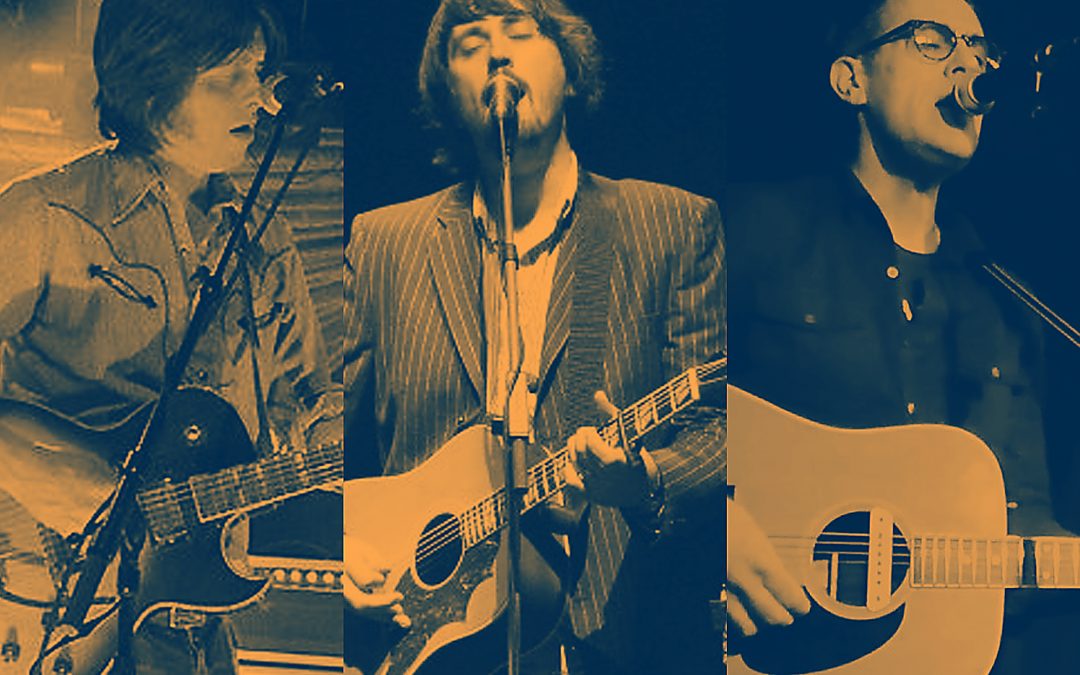 An evening of maximum-quality songwriting with Jinder, Peter James Millson and Simon Alpin. Lyrically hard-hitting, dark folk-and-country-influenced late-night laments that reside in a land where melody is king.

“Since 2001’s debut release ‘The Dusty Roads EP’, Jinder has carved a reputation as a craftsmanlike songwriter and dynamic live performer, counting amongst his fans the likes of Brian Wilson of The Beach Boys, country rocker Ryan Adams and indie pop colossi Coldplay, who were so enamoured of Jinder’s early work that they flew him to New York City in 2003 to provide the entertainment at their Madison Square Garden aftershow party.

Stints as frontman of Sony BMG artists The Mercurymen and a solo deal with Universal Records followed, and the years from 2004 to 2012 saw Jinder release a number of critically acclaimed albums such as The Best Of Days Ahead, Willow Park, I’m Alive, Twenty Four Hours, Have Yourself A Jinder Little Christmas,  Postcards From Valonia, Nine Cents From Benelux and Crumbs Of Comfort.

After the release of 2012’s much loved ‘Crumbs Of Comfort’, Jinder took three years to sculpt the songs for his next album, which eventually became 2015’s ‘Traditional Dark’, a bleak, idiosyncratic and lo-fi treatise on love, death and hope which sounded like nothing else released that year.

The end of 2015 saw an extensive reissue campaign of Jinder’s back catalogue, all digitally remastered for streaming and download with lashings of previously unreleased bonus tracks and a new album (‘Brother Flower’) featuring ten sensitively rendered versions of songs written by legendary Texan songwriter Townes Van Zandt and reinterpreted by Jinder.

Other than a highly successful Spring tour, 2016 was largely spent in seclusion, writing and working on various projects. An unexpected Christmas single, an idiosyncratic reading of Bill Fay’s ‘Pictures Of Adolf Again’, was released in early December and, thanks to striking a chord with certain folks in the immediately post-Trump election mailaise, became Jinder’s best selling solo single to date, narrowly missing the UK charts and receiving many plaudits from listeners around the world.

in February of 2017, Jinder announced the forthcoming release of his tenth album, ‘Jinder Presents…KINGSIZE BLACKFOOT’, which was subsequently released in July 2017. The album was preceded a single release, ‘Brother Can You Spare A Dime’, on 22nd May 2017.”

“Back in the day… I used to photograph friends and their bands,” recalls Millson, “I took my box of prints up to the NME. Trips abroad, very exciting. Then started doing portraits for The Guardian newspaper. Met lots of heroes of the music world. Published a book of photos called Home Entertainment. The National Portrait Gallery acquired six of my portraits. One of which was of the late Bert Jansch. Moved to Dorset with my family.”

“Found my guitar. Wrote songs like it was going out of fashion. Played hundreds of solo pub gigs and open mics with a few choice supports (Boo Hewerdine, Martha Tilston). Started recording at home. Had some fantastic mixes done by Adrian McNally (The Unthanks).”

“Asked Danny George Wilson (Danny & The Champions of the World; Grand Drive) to produce my first album (Sweet The Love That Meets Return). He got the mixture of hope, love, regret and good times just right. He kept my inclination to sweeten things under control. We made a record that I’m still totally delighted with.”

2016 saw the release of the self-produced, second studio album, The Red Café and the album of phone/field-recordings—Mobile, produced by Boo Hewerdine, came out in 2017.”

Simon J Alpin is one of Britain’s most prolific session musicians. Best known as a guitarist, the Sunderland-raised Alpin, a multi-instrumentalist can also play the mandolin, banjo and pedal steel, and has worked with a long line of musical acts which include the Teenage Fanclub, Devendra Banhart, Badly Drawn Boy, Thalia Zedak, the Walkabouts’ Chris Eckman, Deanna Varagona, Last Town Chorus, Brian Kennedy, Viarosa and Wendy James.

In 200O he joined the Willard Grant Conspiracy shortly after they had released their fourth album, ‘Everything’s Fine’, and played with them on their subsequent tour to promote it. He also worked as a co-producer and co-writer with their singer and front man Robert Fisher on their much acclaimed fifth album, ‘Regard the End’.

2005 found him producing ‘The Famous Mad Mile’, the debut solo album of Danny George Wilson, the front man with Grand Drive, another group whom Alpin has toured and recorded extensively with.