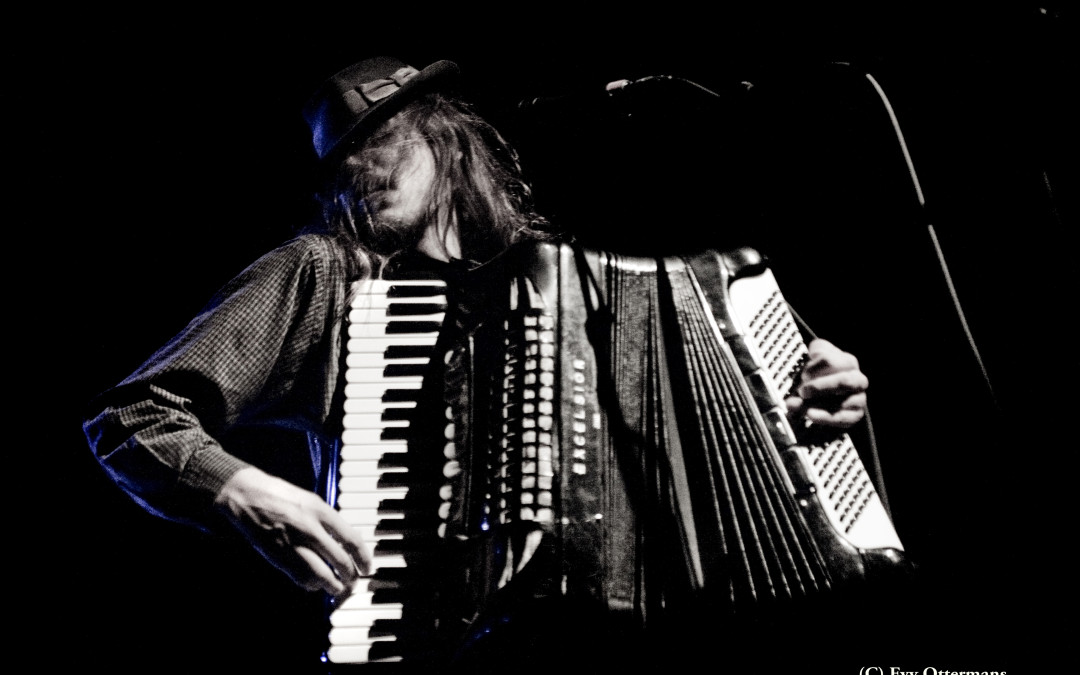 Jason Webley is a Seattle-based troubadour who interweaves stories and songs. Starting as a street performer in 1998, Webley has built up an international following with his self produced recordings and uninhibited live performances.

He has released seven albums and numerous collaborations on his own Eleven Records label. One of his many side projects is the duo Evelyn Evelyn with Amanda Palmer. He has taken his passionate accordion-driven music to dozens of countries, performing everywhere from the 2014 TED conference to a former Siberian gulag.

His most recent project, “Margaret” is an album disguised as a book that tells an unlikely and magical story about a scrapbook found in a San Francisco dumpster.

“One of Seattle’s most talented musicians, a singer-songwriter with a rare gift for crafting timeless songs that approach Waits and Leonard Cohen territory.” Seattle Times

“Webley owned the audience. The fans danced along the aisles for song after song as he took them on a journey through sadness, happiness and just plain craziness.” The Stranger

“Webley howls at the rafters with the courage and conviction of a long-gone sailor, and seduces the candlelight with melodies as delicate as a gossamer balloon; he pumps the bellows like a Romanian wedding singer and feathers the keys like a desert drifter.” San Francisco Weekly