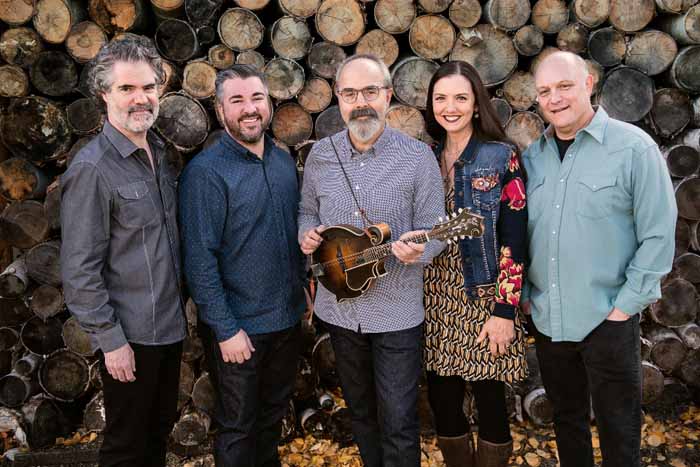 Grammy winner and bandleader John Reischman is a mandolinist of the highest calibre. Hugely influential among acoustic musicians, Reischman has garnered praise for his tasteful, classic and versatile technique. After cutting his teeth with The Tony Rice Unit and The Good Ol’ Persons, in recent years Reischman has cemented his reputation as a sought after guest instrumentalist and bandleader. With members based across the Pacific Northwest, John Reischman and the Jaybirds have been performing and recording together for almost twenty years, and have numerous tours, five critically acclaimed albums, two Juno nominations and two Canadian Folk Music Award nominations to their name. From British Columbia, Canada, Nick Hornbuckle is an accomplished banjoist and composer and honey-voiced Trisha Gagnon (vocals/double bass) anchors some gorgeous three-part vocal harmonies. Talented LA-based guitarist Patrick Sauber has performed with luminaries including Doc Watson and Tim O’Brien, and acclaimed guest fiddler Annie Staninec has played with artists from Mary Gauthier to Molly Tuttle. John Reischman and the Jaybirds achieve an elegant take on bluegrass that is at once happily old-fashioned, yet with a fresh contemporary feel. Their understated humour complements their impeccably performed original songs, instrumentals and traditional material.