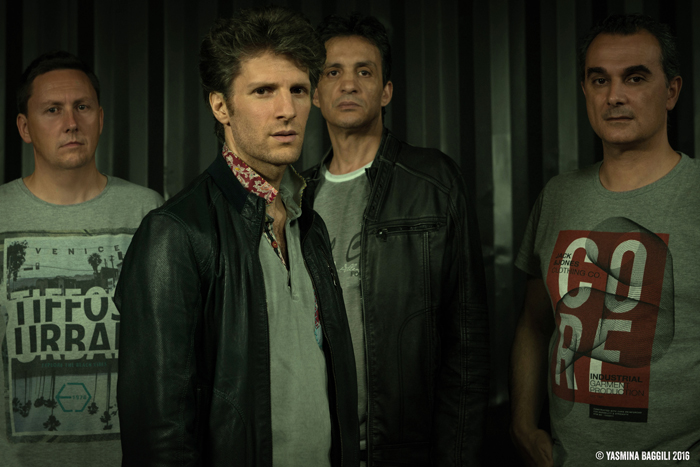 KARIM BAGGILI: Four albums into his career and enjoyed by audiences far and wide, Karim Baggili brings forth his fifth: “Apollo You Sixteen”
Where Kali City, Karim’s previous album was a real return to his roots through using the oud, the new album reflects as before an integration of pieces with technically advanced guitars, and with melodies that are deep and always beautiful.
Above all original, the musical universe this new album reflects is amazing with its mix of grooves, electro and classical, illustrated by the “crunchy” Oud and guitar, an evolution of sound and composition for Karim and his music!
There is only one unique Karim Baggili : and inventiveness in bringing out the sound of “underground Arabic Flamenco music” with such class and uniqueness.
On stage, Karim is in harmony with hugely talented musicians in whose company he delivers, true to form, warm and unforgettable concerts, quite simply wonderful!