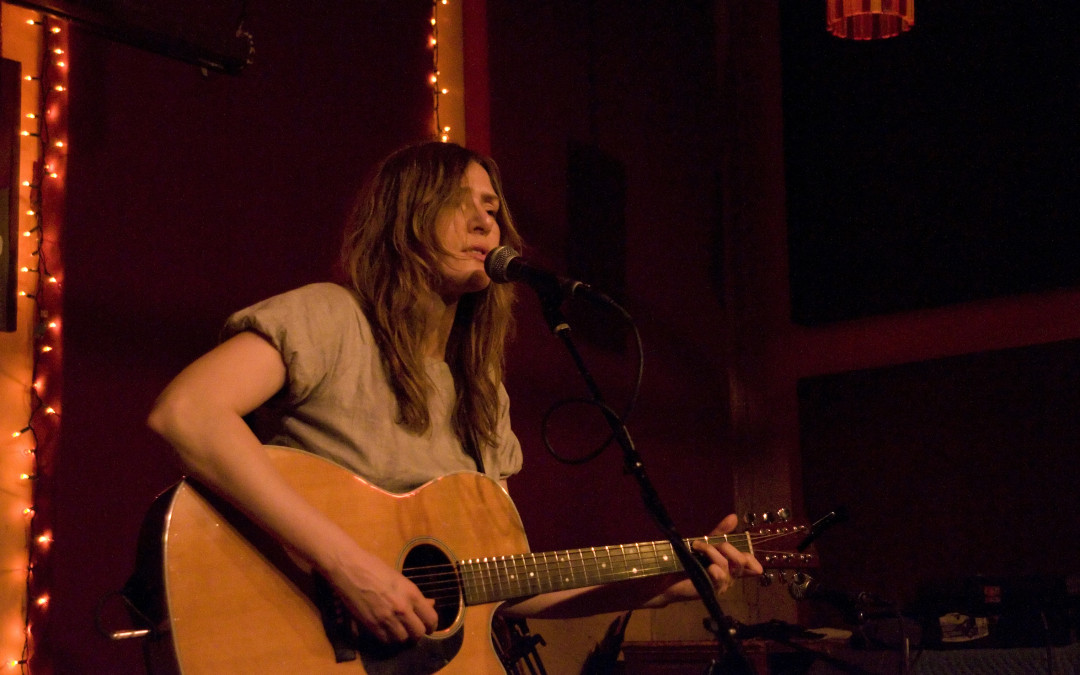 KATELL KEINEG was born in Brittany and was brought up first there and then in Wales. After moving first to Ireland and then to New York, she was quickly embraced by the scene around St Mark’s Place’s now legendary Sin-é, building her reputation for ‘conveying a nearly beatific sense of joy in performance’ (Los Angeles Times). In 1993 she released a seven-inch single, ‘Hestia’ – ‘arcane and beautiful, one of the most extraordinary songs’ (Mojo) – on Bob Mould’s SOL Records label. That same year, Keineg sang on Iggy Pop’s American Caesar. He passed a copy of ‘Hestia’ on to Elektra Records, which led to a deal with the label and the release of her acclaimed debut album Ô Seasons Ô Castles in 1994. ‘There’s a theory that certain musical frequencies affect people emotionally. Katell Keineg has found them,’ proclaimed Rolling Stone. It’s damn near impossible to listen to her earthy and ethereal voice without feeling the spirit move you.’ Keineg’s subsequent albums include Jet (Elektra, 1997), High July (Megaphone Music, 2004) and, most recently, At The Mermaid Parade (Honest Jon’s, 2010).

Over the years, Keineg has continued to tour Europe and North America, playing her own, sold out shows, as well as festivals including Glastonbury, Green Man, Reading, Roskilde and WOMAD. She played many concerts with Jeff Buckley, and has appeared as a guest at Levon Helm’s The Midnight Ramble in Woodstock, at Carnegie Hall with Allen Ginsberg, Philip Glass and David Byrne, and at the Royal Albert Hall with Natalie Merchant. An early champion of Keineg’s music, Merchant included a cover of ‘The Gulf Of Araby’ on her 1999 live album, and Keineg sang on Merchant’s 1995 hit single ‘Carnival’. Other collaborators include Calexico and Gabriel Ríos, who recorded a version of Keineg’s ‘World Of Sex’ for his 2014 album. She is currently working on a theatre/music piece originally commissioned by The National Theatre Of Wales and recording songs with Dutch/U.S. jazz ensemble “The Stereography Project” as well as finishing songs for her forthcoming studio album due out in 2018.

‘Keineg’s songs abound with rich melodic motifs [and] capture everything that her followers have long cherished about Keineg – vocals that alternately soar and crack, lyrics both allusive and direct, rough-hewn, carefree, ramshackle folk arrangements that dance with abandon and are resolutely uncontainable.’ – The Sunday Times.