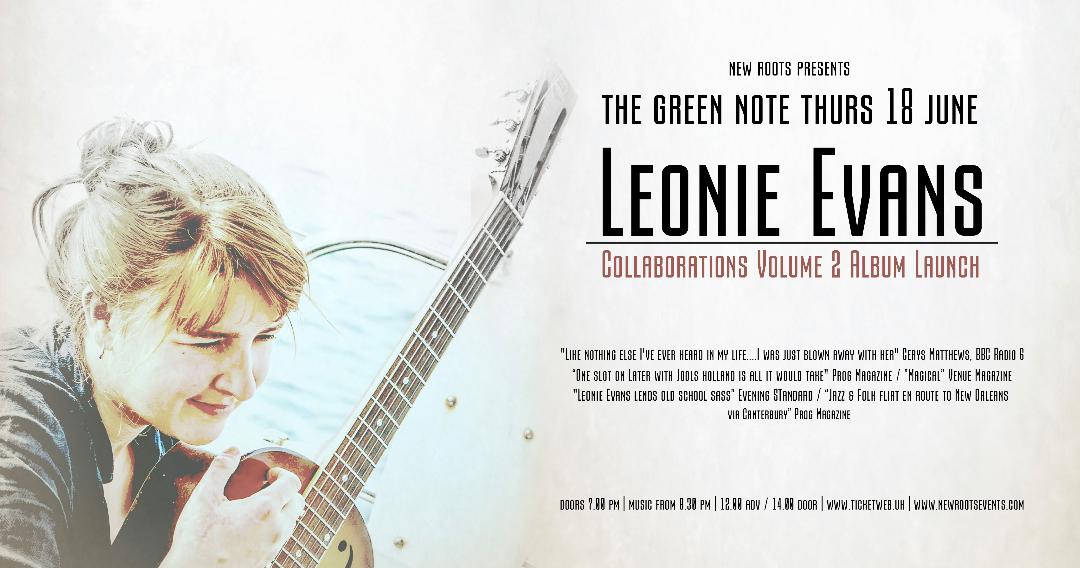 LEONIE EVANS began performing at the age of 5 and has never stopped….Her never ending tour has brought her to the furthest reaches of Britain, Europe, Japan & the USA. What sets her apart from just a discography and list of tour dates are the countless guest vocals, collaborations, performances in the streets and jazz clubs of New Orleans, London, Bristol, spontaneous jams at parties and festivals and, perhaps most precious of all, the sprawling web of connections growing between Leonie and her ever-expanding family of musical sisters and brothers.

Her output to date has included two exquisite albums of dreamy, jazzy, unclassifiable song craft as part of the Bristol-based quartet Rae, a series of limited edition solo CDs, and her first ecstatically received album ‘Collaborations Volume 1’, featuring Riognach Connolly (The Breath/ Honeyfeet), Brooke Sharkey, Liam Magill (Syd Arthur), Low Chimes, Adam Beattie amongst many others.
After three years of constant touring across the UK, Europe and America, Leonie Evans has now completed her second long-playing release, ‘Collaborations Volume 2’. The album was recorded in New Orleans, Los Angeles, Bristol, Brighton and Rabastens- Couffouleux in France, and features a glorious cast of forty one different musicians, including members of The Moulettes, the Rozi Plain Band, The Resonators, Tuba Skinny, The California Feetwarmers, Buddy Jazz Club, and Le Petit Orleans. Following her launch at The Green Note Leonie will be touring England and across Europe this summer with a unique group of musicians for each concert.
“”Like nothing else I’ve ever heard in my life, I was just blown away by her” – Cerys Matthews, BBC 6 Music
“Jazz and folk flirt en route to New Orleans via Canterbury with Evans’ slinky, supple vocal…One slot on Later with Jools holland is all it would take” – Prog Magazine
“Leonie Evans lends old-school sass” – Evening Standard
“Magical” – Venue Magazine