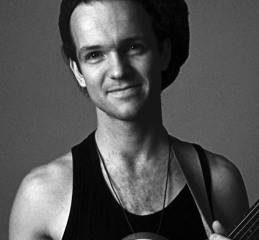 Presented by Folklore… Bringing the best in Alt-folk, Americana and Roots music to the people of London!

Luke Concannon: “Political, intense, angular, and beautiful” – BBC Radio 1
Luke Concannon was born to an Anglo-Irish home, full of folk and soul music. In his teens he got in to hip-hop, and today, his songs tell stories about social justice, spirituality, and intimacy. Mega star Ed Sheeran, called Luke’s song ‘I want to be free’ ;‘one of my favorite songs of the year.’
In 2009, Luke Hitch hiked from England to Palestine: A bear found him in the woods one night in Transylvania, he was taken in by a Turkish family (who’s hospitality inspired his first solo single ‘Around the World’) later, eventually arriving in Palestine, to volunteer as a peace worker.
This trip was the inspiration for his first solo album ‘Give It All’, a radical, passionate, full on folk record. ‘A beautiful album, full of joy, sadness and honesty, it swept me away’ (The vault)

Luke is also one half of the Folk-Hip-Hop duo ‘Nizlopi’, a popular act on the UK scene, who have released four albums from their own label (Selling over a million copies) and toured the UK, Ireland and Europe Extensively.
Luke is splitting his time between Birmingham (UK), and Boston (US) where his beloved lives, and is beginning to share his music, and work in America.

Jimmy Davis: “The last time I heard Jimmy Davis was in a kitchen in Kilburn County, London. The room was full of deadly musicians but Jimmy put us all to shame when his poetry swelled with love and passion and anger and eloquence, so rhythmic and urgent and informative, the roof nearly blew off the place! In my mind it did. I could see the stars, he blew me cranium wide open!”
– Damien Dempsey

Following the release of 2nd album Existence is the Sound of Love in November 2013, Jimmy had a whirlwind 2014 which included embarking on a 12 date UK wide double headline tour with friend and collaborator Luke Concannon (Nizlopi), performing on one of
Glastonbury’s longest standing stage’s at the 2014 festival, and touring Holland in September.

Born and raised in Kings Norton, Birmingham, Jimmy endured a troubled youth. His teenage years and early twenties were plagued with negativity, culminating in drug addiction and homelessness. Faced with the choice to continue on this downwards spiral or to break free,
Jimmy found the strength he needed in writing and producing music. His debut album,Belief, Passion, Commitment embodies this transformation, with singles receiving support from the likes of Alex Zane, Huw Stephens and a host of independent DJs.

Over the last few years Jimmy has been a regular on the festival circuit, performing sets at Glastonbury, Croissant Neuf Summer Party, Secret Garden Party and Barn on the Farm to name a few. Jimmy also supported friend Ed Sheeran at his Brixton Academy and Shepherd’s
Bush Empire gigs, as well as performing alongside Ed with chart hit You Need Me I Don’t Need You on stage at Croissant Neuf Festival.