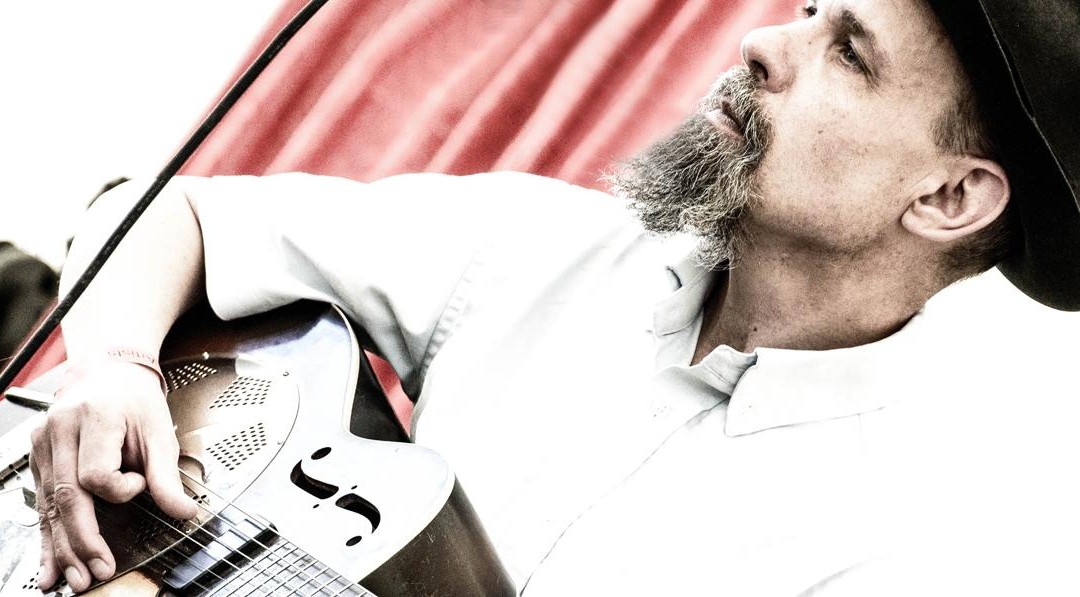 MARK HARRISON: Mark Harrison has established an ever-growing reputation for making a unique kind of all-original music, based on the style of the early blues and folk/blues artists, with a modern twist. His highly individual music, with its memorable tunes, striking lyrics and strong and compelling rhythms, has been going down very well with audiences of all kinds.

Mark’s songs all have something to say or a story to tell. They’ll make you move, make you think, make you smile. He is doing something genuinely fresh and different, tapping into the timeless quality of ‘old’ music to produce something brand new and totally relevant to the present day.

Mark is a thrilling, rhythmic, finger-picker and slide player, with a very distinctive style. He has released four albums which have been unanimously praised across a wide range of areas of the music world, receiving a very great deal of airplay and highly enthusiastic reviews.

Recently Mark has appeared at top festivals such as Celtic Connections, where his headline concert was a sellout, and at well-regarded venues all over the country. He also received two nominations in the British Blues Awards (Songwriter & Acoustic) in 2015.

‘really excellent … he takes very real things, normal things that happen in life, and he writes about them in a way that makes you think afresh about them’ (Paul Jones, BBC Radio 2)
‘one of the British Isles’ great blues singers and guitarists …. totally and absolutely original’ (Mike Harding)
‘wonderful rootsy blues ….. innovative’ (Jazz FM)
‘singular lyrics …an original take on song writing’ (Blues in Britain)
‘Mark Harrison has been creating something of a stir …. bringing a modern outlook to a traditional style, he is building a loyal and wide fan base.’ (Blues Matters)
‘With his gifted finger-picking and slide guitar techniques, Harrison has developed a distinctive style’ (R2 magazine)


NIALL KELLY
Originally from Derry, Northern Ireland Niall has lived and worked as a professional musician in London for eleven years. He is a stalwart of the London Blues scene and is known for his original sound and blistering vocals. Not to confine himself to one genre, Niall is also well known as a songwriter and writes across many genres including folk, Americana and roots music, with all of his songs capturing his honesty and charm within their beautiful melodies. After releasing two critically acclaimed albums and receiving a 4 star review in Q Magazine (“Balm for the soul”) Niall is now ready to bring his songs out into the live circuit.