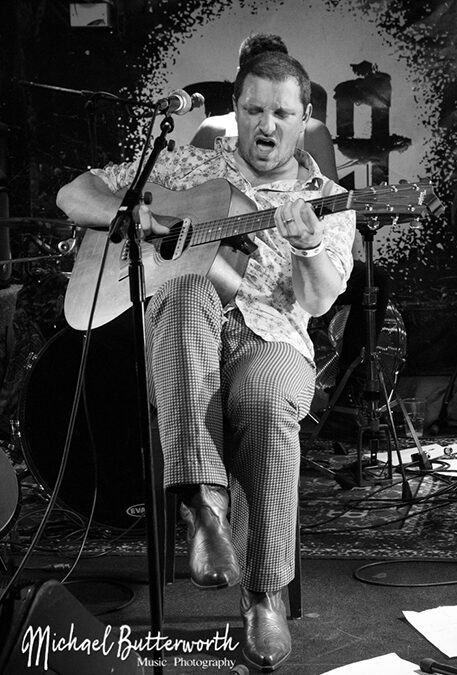 MATT WOOSEY: Matt Woosey has made a career of defying expectations. His albums break down the confines of genre. His performances span from eyeball-to-eyeball solo sets in fans’ living rooms, to thundering full-band explosions that shake the most prestigious venues in Europe. He’s an artist who slips the creative handcuffs of the industry, a trailblazer with no reverse gear, a guitar visionary whose palette bleeds into folk, rock, ambient and more, having been first turned on to the world of music by the blues.

The New Album “Compass And The Sand”
With an abundance of time, and like most musicians during this period, Matt has allowed himself to step right back from everything he has done up until and including 2019’s “Live! in Gallagher’s Nest” album and take stock, evaluate what kind of a musician he wants to be and decide in which direction to aim next. Without the all-encompassing lifestyle of being on the road and without the self-induced pressure to produce a new album or new material, Matt has found his zone, the place he wants to be musically. We find ourselves looking at a musician who has managed to break free of the strangle hold of the music world and who walks now with no weight on his shoulders and a new evaluation of what he “must” do.  The gift of time has been the most positive experience.