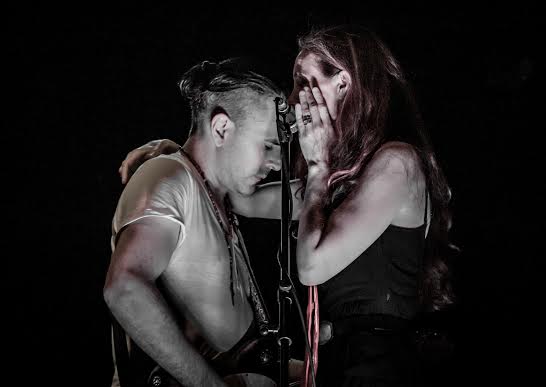 UNFORTUNATELY DUE TO WEATHER RELATED FLIGHT CANCELATIONS, THIS SHOW HAS BEEN CANCELLED. (THE ARTISTS ARE STUCK IN CHICAGO, WHICH IS EXPERIENCING THE WORST SNOW STORM IN 100 YEARS!)

MANY APOLOGIES FOR ANY INCONVENIENCE CAUSED.

THE WESTIES: The Westies’ album “West Side Stories” is a song cycle inspired by the real life Westies “a ruthless gang of Irish mob punks that ruled New York’s Hell’s Kitchen in the 60’s and 70′s”. The gangsters serve as a metaphor for the dark side that lurks inside us all. The unexplained forces that cause internal struggles, destroy relationships and leave us clinging to love as just a memory.

Music that drips with excitement, think Dylan, Waits, Springsteen – that kind of tradition. ‘Music that makes your heart bleed’ according to best-selling author T.J. English. And he’s more than right!

“Michael McDermott is one of the best songwriters in the world and possibly the greatest undiscovered rock n roll talent of the last 20 years.” author Stephen King

“What you experience while listening to The Westies is wholly original. Singer/songwriter Michael McDermott follows in the tradition of Dylan and Waits and Springsteen, but treads new ground. The music is almost painfully intimate; McDermott’s vocals ache with passion. The Westies will not only stir your emotions, they will make your heart bleed…” author TJ English, The Westies

“I love their album ‘West Side Stories’ and have been listening to it for two days straight…”- John Ellis, No Depression

“Americana music embedded in the rivers of Rust Belt cities with connections to Ireland, coal streaked miners, and dirt under their fingernails sharecroppers.” No Depression