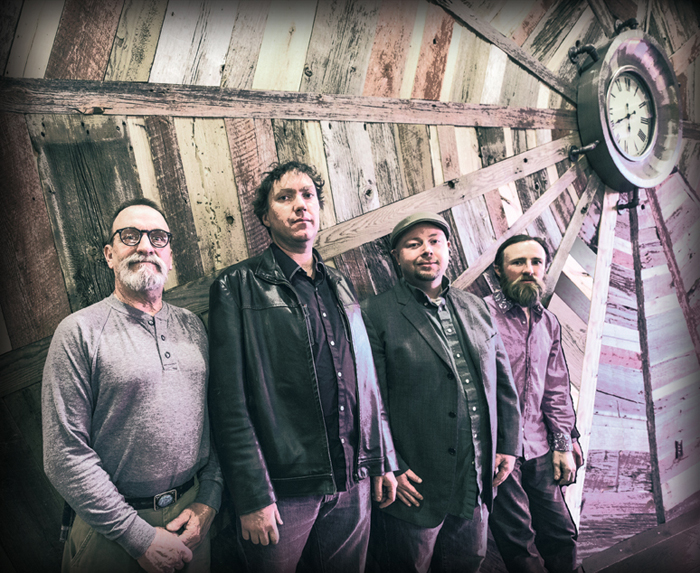 RAGGED UNION: Formed in the winter of 2013, on the Front Range of Colorado, Ragged Union has made a name for itself at renowned festivals and events in the US and the UK, as an ‘updated-traditional’ original bluegrass band. The music sounds of a piece with the bluegrass tradition, with modern and varied songwriting, lyrics, and arrangements that allow it a comfortable co-existence in the trad., progressive, and jam grass worlds. The band has appeared at IBMA Wide Open Bluegrass, Northwest String Summit, John Hartford Memorial Festival, Darrington Bluegrass Festival, Topanga Festival, and major UK festivals including Shrewsbury, Musicport, Didmarton and Purbeck Valley Festival.
Their second album, Time Captain, released in October, 2017. The effort features eleven original numbers, and an update of Joe Val’s version of the cowboy classic, Diamond Joe. Time Captain reached #7 nationally on the Roots Music Americana radio chart, with songs covering the range from blazing-fast bluegrass romps (‘Diamond Joe’, ‘If You Don’t Love Me’), to medium stomps (‘Bridge on Fire’), a hard-driving waltz (Leaving Town), some veritable jam grass (Half Lit Parking Lot) and even some old-time melodic songs (‘Moonshine Boogie’ and (‘Leaving Louisville’). Maybe not something for everyone, but definitely a multi-dimensional sound that has the salt to please both young and old, listeners and dancers alike, and one that has earned critical praise for its respect of the roots and its willingness to branch out.
The band has been through some personnel changes, none perhaps more profound than the most recent. Longtime lead vocalist, Christina Union, played her last show with Ragged Union in November 2017 (Geoff and Christina are married, and both parents touring had become too hard on their young daughter). In January 2018, the band began working with Benny ‘Burle’ Galloway on upright bass and vocal. Burle has been one of the best-kept musical secrets in the country, with songwriting credits on albums by Leftover Salmon, Yonder Mountain String Band, The Infamous Stringdusters, Greensky Bluegrass, and Drew Emmitt. His songs, both complex and simple, sound like they are a hundred years old, yet connect with the listener on a level that few songwriters achieve. With songs so powerful, Yonder Mountain String Band, after putting at least one of Burle’s songs on every one of their albums to date, chose to make an album with Burle, consisting only of tunes by Burle, with special guests like Tim O’Brien, Jerry Douglas, Sally Van Meter, Darol Anger, Casey Dreisen and Dirk Powell. This album, billed as “Yonder Mountain String Band and Benny Galloway”, “Old Hands”, debuted at #5 on the Billboard Bluegrass Charts and is one of Yonder Mountain String Bands best selling albums to date.
This collaboration is brand new, but it already feels like a unit that has been playing together forever. Burle has a long performance history with Ramsey, Elliott, and Hoffenberg, and with the songwriting affinity between Galloway and Union, and a little bit of contrast, Ragged Union has opened a door for itself into a musical world that is even richer and wiser than the one it was already inhabiting.