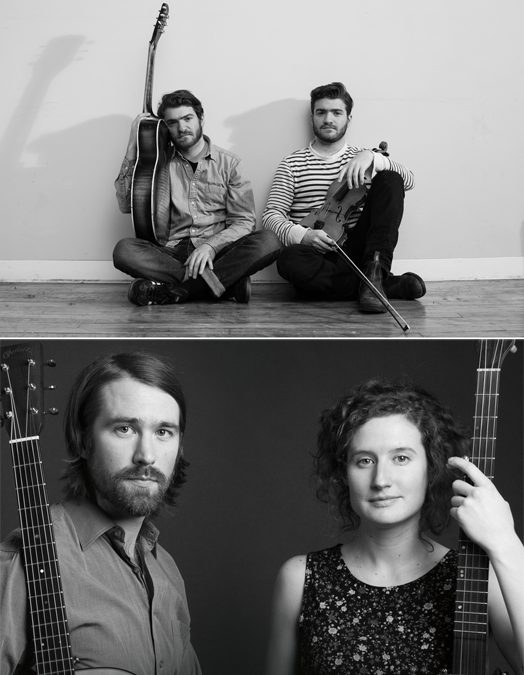 Red Tail Ring from Kalamazoo are fast becoming the most talked about duo on the American roots music circuit. After releasing their latest album on this side of the Atlantic, they attracted a lot of well-deserved attention too. Reviewing the record at fRoots magazine, deputy editor Sarah Coxson said they were “sublime,” while Songlines magazine described them as “beguiling – full of Southern warmth.”  Acoustic magazine’s Julian Piper called them “earthy and heartfelt,” and, writing at Lonesome Highway (Ireland), Paul McGee said: “Do yourself a favour and check them out.”

The Brother Brothers: Those with fingers on the pulse of what’s happening Stateside, are already aware of the reputation developed by The Brother Brothers from stunning live performances that have had the grapevine buzzing. It’s rare for so many other well established acts to be collectively singing the praises of their contemporaries but that’s what has been happening in the USA with Lake Street Dive, Sarah Jarosz and Lindsay Lou & The Flatbellys all openly declaring themselves to be fans. At last the UK will get a chance to experience what it is that has been winning them so much valuable attention. There’s a new album on the way after their debut EP created such an impact. Sarah Jarosz said they were “a joy to behold;” Folkwords declared: “put these two together and magic happens.” Songwriting magazine described their music as “bewitching,” while Rock n Reel magazine said the record was an “exquisite” collection, and writing at AmericanaUK, Peter Churchill said they had “the tightest harmonies you are likely to hear this year.”