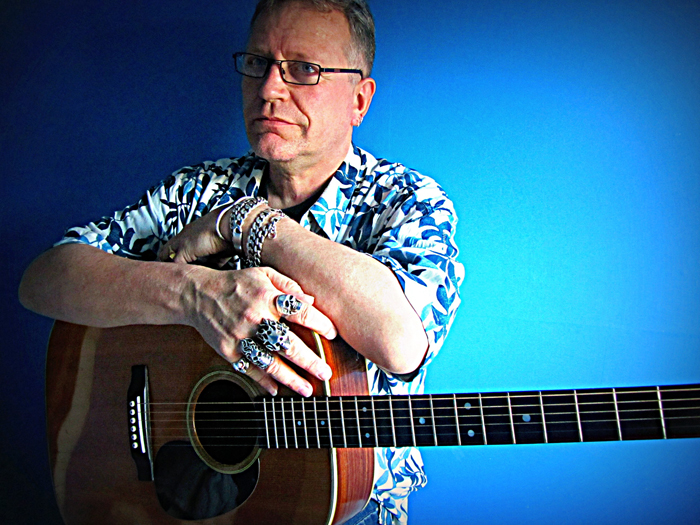 Robb Johnson is widely recognised as one of the UK’s finest songwriters. “An English original”, (Robin Denselow, the Guardian) … “one of our best singer-songwriters ever” (Mike Harding). He gigs in the UK, Belgium, Germany & the USA, & his songs are covered by many singers. In 2013 the release of a new, revised version of Gentle Men, Robb’s family history of the First World War, recorded with Roy Bailey & Barb Jungr, again received unanimous critical acclaim – “a wonderful mixture of the political and personal…A really moving piece of work” (Billy Bragg, & “a folk classic” (The Guardian) A review of Robb’s 2014 album Us & Them said “Robb Johnson keeps folk music relevant & thought-provoking. ‘Us & Them’ shows what can be created by one man & a guitar,” (The Living Tradition), while the following year’s band album, Here Goes Nothing, prompted the following review from R2: “Within bars of the opening onslaught..it’s evident that Robb is quite the kamikaze axe man.” The November 2015 release of a live song & spoken word recording of Gentle Men – A Solo Performance, was described as “Intense, engaging & very moving” (fROOTS).

In 2016, PM Press in the US released A Reasonable History of Impossible Demands, a 5 CD career-to-date box set – “a magnificent retrospective” (R2), “this is one real essential purchase” (fROOTS). My Best Regards, a new album of 13 songs, will be released this September. It features pianist Jenny Carr & bassist John Forrester, who worked together on 2013’s Gentle Men, & Robb’s son Arvin on drums & percussion. The album also contains different versions of 3 of the songs – 2 recorded with Brighton’s Hullabaloo Quire, & one song, When the Tide Comes in, recorded with the Palestinian singer Reem Kelani. Robb will be touring the UK in October to celebrate the release of this album, & is particularly happy that on the first weekend he is having the London launch gig at Green Note.