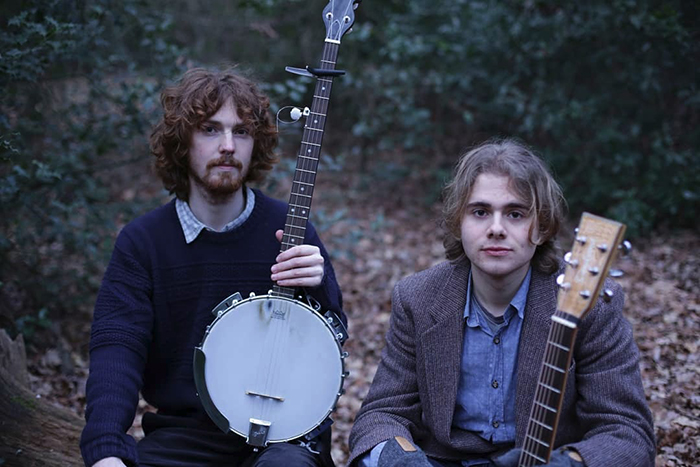 The Sparrow Down are a London based folk duet, drawing influences from old time Americana and contemporary folk musicians such as Richard Thompson, Pharis and Jason Romero, and Lau. Through the interplay between banjo, guitar and vocal harmony they create a sweet, full chorus of emotion.

Hailing from the North East, band members and long-time friends; Aidan Finden and Dominic Johnson have developed their musical relationship by playing together through multiple ensembles. Within The Sparrow Down they present a showcase of old time classics and modern folk songs.

Singer/songwriter BLÁNID is a fresh new voice on the UK music scene. Hailing from Ireland, she fuses indie folk, jazz and modern tones. With a hauntingly powerful voice and confessional style, she etches unforgettable stories on the listener’s ear.

BLÁNID has had an extraordinary 2021. Her debut single “Fool’s Gold” released in March was met with critical acclaim, with plays on BBC Radio Wales, BBC Radio Ulster & Foyle, BBC Radio Kent and 4 plays on BBC Radio 1 (Power Down Playlist & The Chillest Show), where it was described as a ‘cinematic masterpiece’ alongside her ‘completely captivating’ voice. BLÁNID also appeared as a featured vocalist on Netflix’s anime Witcher film soundtrack (The Witcher: Nightmare of the Wolf) in August 2021.

With comparisons to Joni Mitchell, Kate Bush, Sinéad O’Connor and Enya, for BLÁNID, this is only the beginning.