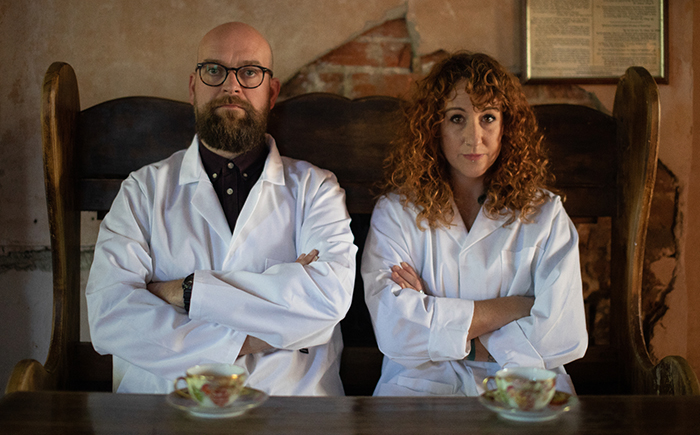 FINDLAY NAPIER & MEGAN HENWOOD: After two years in the lab The Story Song Scientists are back with more astonishing discoveries to share through the medium of alternative acoustic music. From clouds to volcanoes, blood to explosives, their data research has led to fascinating findings which have been meticulously dissected and creatively reassembled into a new EP ‘Quantum Lyrics’. This tour features all new material as well as songs from their well received self titled EP released in 2018.

Support is from acclaimed singer-songwriters Findlay Napier and Megan Henwood – two accomplished artists on the UK Folk scene who will each play a solo set of their original material.

Though The Story Song Scientists may be completely unqualified in both science and education, they wear lab coats and are well versed in the art of song. So, join them on an informative performance journey through time and space, blending music, laughter, lasers and maybe one or two vaguely interesting facts.