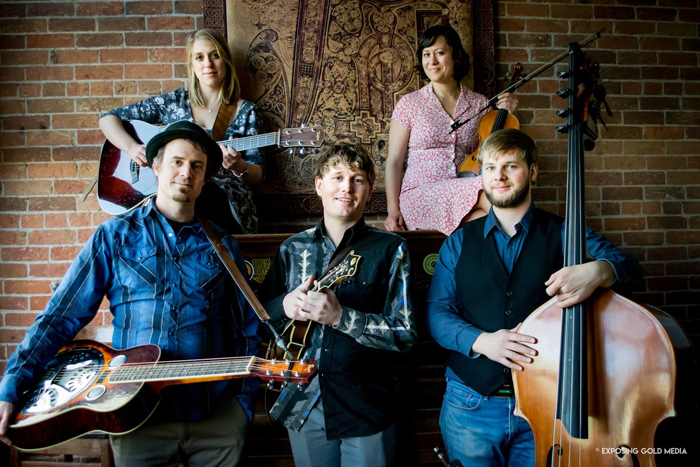 THUNDER AND RAIN: With their roots in traditional bluegrass and folk, this Colorado-based five-piece has established a strong footing, appealing to the same audience as The Stray Birds, Lindsay Lou & The Flatbellys and The Pine Hearts. Fusing melodic elements of rock and pop with acoustic instrumentation, they have created a very distinctive sound of their own.

It took the release of their superb 2017-issued “Start Believing” album to stimulate the UK media into paying serious attention. Reviews were fittingly flattering and they got a load of radio exposure too. Now, they return with a brand new album to promote, and aiming to impress again.

“Imagine The Stray Birds with a slightly bigger sound,” declared Maverick magazine, while FolkRadioUK maintained they were “recalling the early days of 10,000 Maniacs.” Over at RnR magazine, a writer who is taken more seriously than many, David Innes, told readers: “There’s something special happening here,” while AmericanaUK recommended them as having “a lovely warm feel that will brighten your day.”