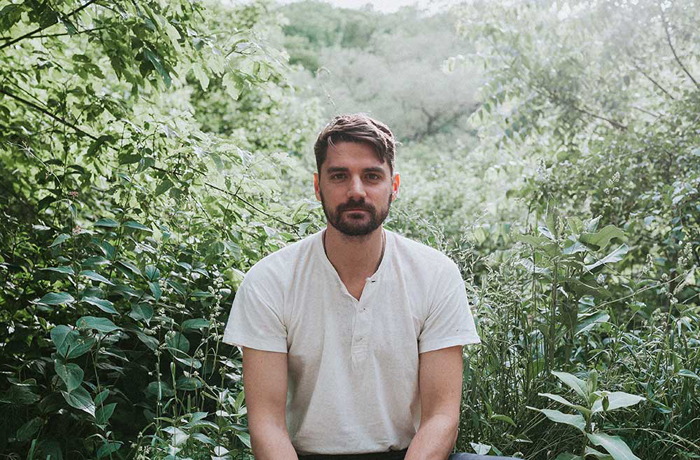 THIS SHOW WILL BE HELD AT OUR HOME AWAY FROM HOME FOR THE NIGHT, SERVANTS JAZZ QUARTERS, DALSTON.

TIM BAKER: At the end of 2017, twelve years after their inception, the multi-award winning band, Hey Rosetta! went on hiatus, after selling 10,000 tickets to five farewell shows. For the band’s principal songwriter and lead vocalist Tim Baker, this was the start of a new chapter.

On his debut solo album Forever Overhead, Baker warmly welcomes you to it. The first words we hear him sing, on the first single “Dance,” is akin to a toast: “here’s to the other side.” What follows are eleven songs that centre on kinship and show that Baker’s sharp songwriting, the heart of Hey Rosetta!, is as affecting as ever.

In the album’s opening track “Dance,” Baker moves alongside soft piano chords as buoyant, 70s pop style instrumentation and a piercing guitar riff steadily build, bolstering his words of longing. He sings of connectivity and the tender emotions that are coupled with glances across a gym’s confetti-lined linoleum floor, the air thick with potential. Like Forever Overhead as a whole, Baker brings beauty and hope into listeners’ lives.

“Its nostalgic and nuanced with a chorus that nods to Jackson Browne and a bubbling verse worthy of Feist.” Rolling Stone

“It all amounts to a solo debut that rises to Baker’s best work with Hey Rosetta! To paraphrase the title, this album captures Baker’s forever effort to reach a high bar, and his successful rise to the occasion.” Exclaim

“Baker’s voice rings out just as heart-wrenchingly on its own atop guitar and piano…Forever Overhead is the singer-songwriter at his most vulnerable, one foot on the land that formed him and the other striding forward.” CBCMusic