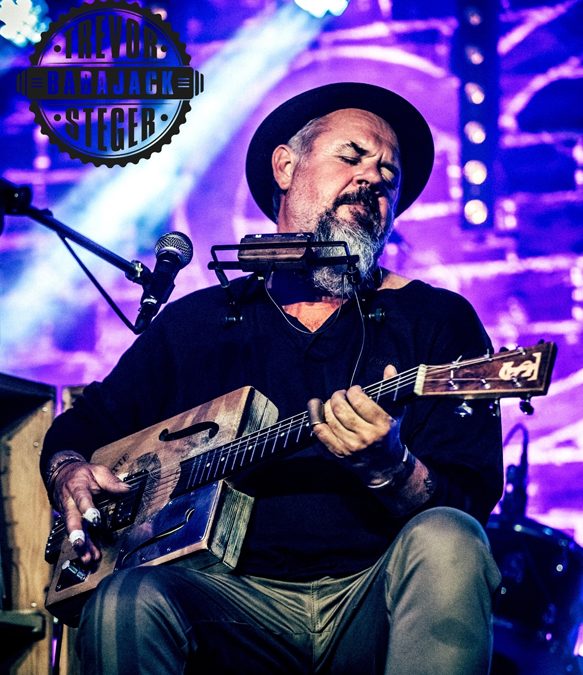 TREVOR BABAJACK STEGER: Perhaps best known as a founder member of the Multi-award winning band ‘Babajack’, Trevor Babajack Steger has established himself as an accomplished solo performer. His first solo album, ‘Sawdust Man’  reminds us how powerful a writer,  musician and performer he is. The only thing better than listening to this is to watch Trevor playing live, to witness the transformation he undergoes during each performance. A Tour-de-force with only his guitar, harp, voice and a stompbox.