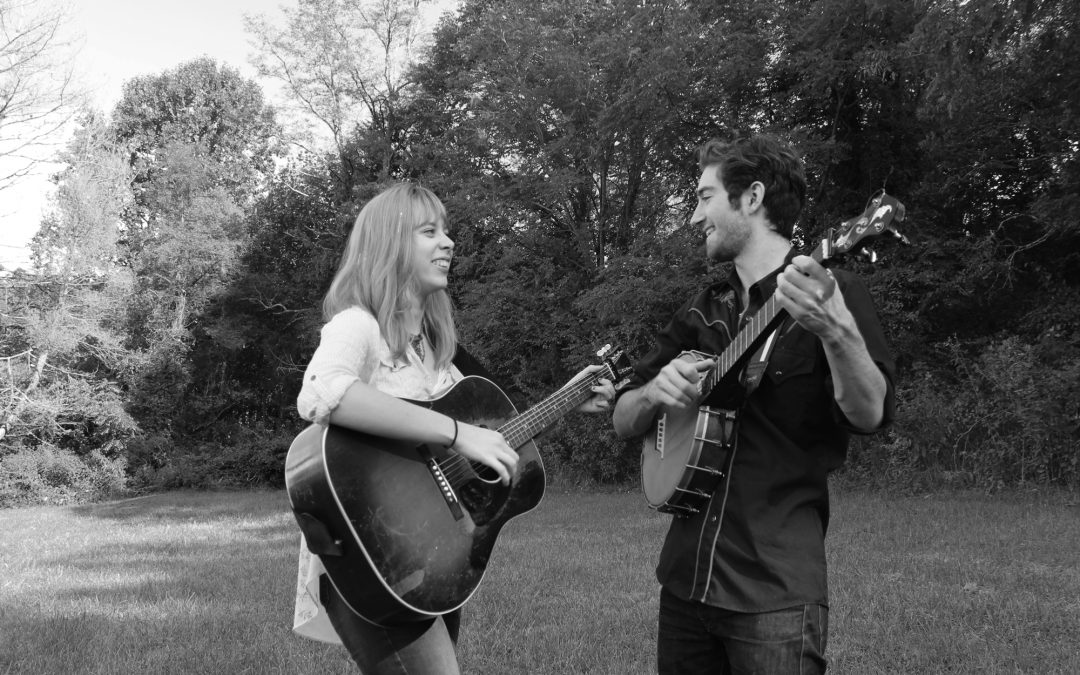 Vivian Leva and Riley Calcagno are tapping into the deepest parts of American music, taking old songs that have seldom been heard and presenting them next to their own timeless and visceral originals. When they are not performing as duo, they’re often found sitting knee-to-knee, playing under the canopy of trees at fiddle festivals across the country, such as the gathering where they met in June of 2016. Across any campground, or concert venue, the echoes of their vibrant and magnetic harmonies ring out.
Leva, of Lexington, Virginia grew up playing and performing with her parents, Carol Elizabeth Jones and James Leva, learning traditional songs from their sources and honing her rhythmic guitar style. This past June, Vivian recorded her debut album in close collaboration with Calcagno during an inspired session at Studio 808A in the small town of Floyd, VA. She will be releasing a debut solo album of original music in late winter 2018 on a soon to-be announced record label. Riley, of Seattle, WA spent his earlier years playing with the widely recognized band The Onlies, described as “masterful” and “deliciously well-crafted” (Kithfolk) and developing his own distinct authenticity on the fiddle and banjo.

Together, Vivian and Riley have toured across the country, in living rooms and concert halls. As individuals, they have shared the stages with and played, both nationally and internationally, in the bands of Elvis Costello, Rhiannon Giddens, The Lost Tribe Of Country Music, and Bruce Molsky to name just a few. To this collaboration they bring both the steady hands of experience and a refined taste for American music, yet still a youthful abandon that can’t be forced. In 2018, they will be on tour internationally to support Vivian’s new release and bring their distinct brand of old-time and country to a festival, hall, bar, or fireplace gathering near you.