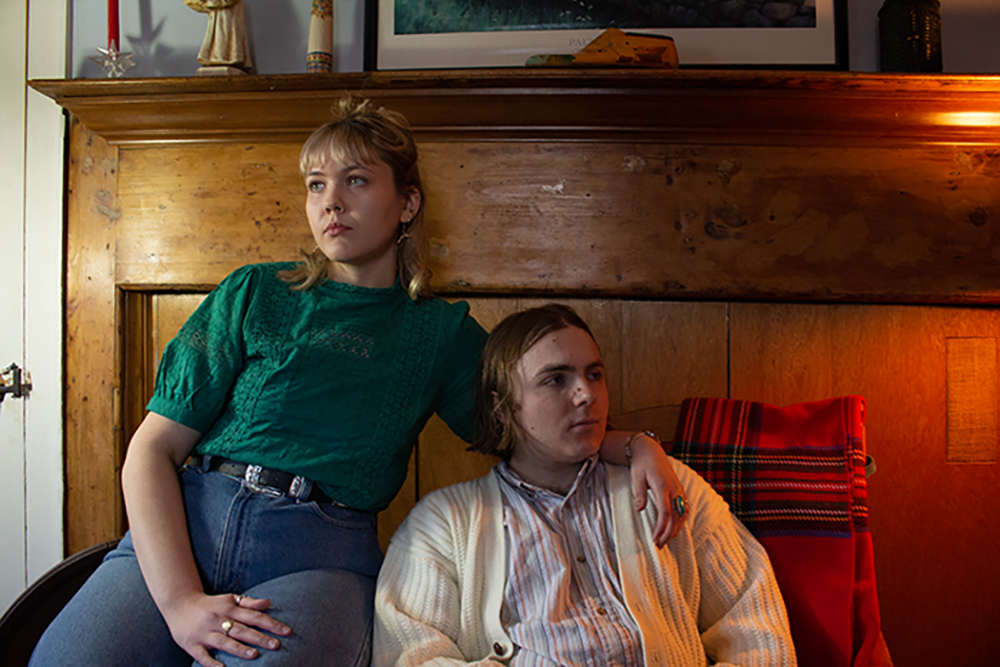 Will Orchard and Jess Kerber are two songwriters from different corners of the United States. The partnership formed in Boston, MA upon meeting in Berklee College of Music’s Joni Mitchell Ensemble. Sharing influences from such artists as Adrianne Lenker, Courtney Marie Andrews, Neil Young, and more, the pair quickly developed a chemistry and became close collaborators throughout the corona crisis. Will Orchard’s sophomore record, I Reached My Hand Out, was released in May 2021 through San Fermin’s label, Better Company Records. The record heavily featured Jess Kerber’s subtle and intricate guitar playing, which colored the sonic backdrop of Will Orchard’s songs, varying from gentle, dream-like folk confessionals to upbeat indie-rock soundscapes. Similarly, Orchard produced Kerber’s sophomore record, expected to be released in autumn 2021. To expand upon Kerber’s idiosyncratic and deeply personal folk songwriting, the pair facilitated the introduction of a full band into her sound, including instrumentation which stretches from americana to electronica. Though they have already performed in cities ranging from Montreal, to Chicago, to New Orleans, Will Orchard and Jess Kerber will be making their Europe debut in September 2021, performing at small venues in the UK, Norway, Sweden, Denmark, Germany, Belgium, and the Netherlands.