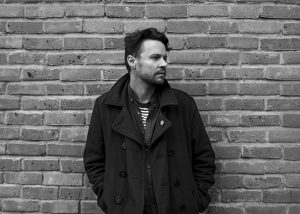 Having ‘arrived’ on the folk scene barely a year ago, English folksinger and bassist Thom Ashworth has already made a name for himself with his inventive arrangements of traditional songs, leading to shows with Lankum, Jim Causley, Ewan McLennan, Lisa Knapp, and many more. His two EP releases, Everybody’s Gone To The Rapture and Hollow, have received wide airplay and generous praise from press, including best EP of 2017 on BBC Radio Merseyside’s Folkscene.
‘Adventurous, exciting, and highly effective.’ – fRoots
‘Once you’ve heard him, you won’t forget that superb tenor voice or the unique sound the tracks on this EP have to offer.’ – Folk Radio UK
‘My favourite EP of the year…it’s innovative, it’s subtle, it’s atmospheric, it merits a much bigger stage.’ – Mike Brocken, Folkscene BBC Merseyside