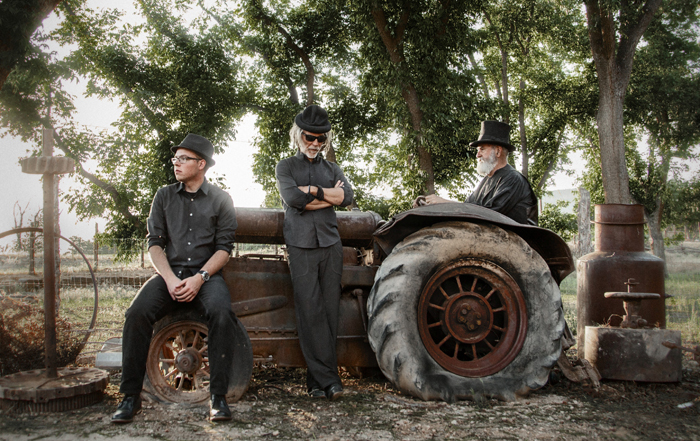 3HATTRIO: With banjo, guitar, fiddle and double bass, the extraordinarily evocative music and richly-burnished vocals of 3hattrio can raise the hairs on the back of your neck – as they create a sound that responds to the natural world of their sacred homeland near Zion National Park, Utah.

They have been described as everything from “fascinating,” “original and addictive” and “enchanting,” to “unique.”

With three superlative albums behind them, and much written about the live performances to stimulate curiosity and interest, they were the band that everyone was talking about after their UK debut at Celtic Connections in February.

BBC presenter Ricky Ross invited them into the studio to play ‘live’ on his radio show.

American Roots UK said their last release was “incredible – an Album of The Year contender,” while Folk Radio UK said they were “hugely atmospheric.” Writing at Acoustic magazine, Julian Piper said: “An ethereal magic puts them in a field of one”