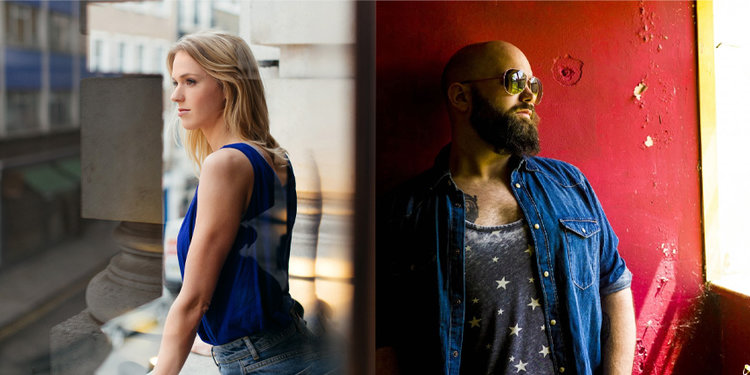 Laurel Canyon Music are proud to present an intimate evening of acoustic music with two of the finest rising stars of UK Country & Americana.

LIV AUSTEN is a very talented Norwegian singer-songwriter who grew up in a musical home and sang from a very early age. As a teenager she started writing her own songs and in August 2014 she released her first record, the four track EP “Workin’ Man’s Dream” which was awarded the esteemed W21’s EP of the year.

Liv started gaining momentum and received praise from other musicians and bands and got rave reviews from blogs such as ‘4000 Miles to Nashville’ and ‘For The Country Record’. The first single from her debut EP was the very catchy ‘Rain On My Side’ and the audience favourite ‘The Guts You Always Had’ followed soon thereafter.

Liv’s single ‘Don’t Regret a Single One’ from her 2016 EP ‘Who I Am Today’ was her first song to be played on BBC Radio2. Just two years after her debut EP she is now considered a main player on the UK country scene and her new single ‘Over’, written by Ben Earle (The Shires), was released through Decca Records to amazing reception from audience and reviewers alike. Liv is currently working on new music to be released in 2017.

“Liv shows incredible versatility on her voice and style and is obviously a very talented singer/songwriter, appealing to both fans of modern and traditional country music……. after seeing her live I firmly believe she’s the best female country singer in the UK right now and has every tool at her disposal to go a very long way.” (Steve Riley, 4000 Miles to Nashville)

THE SOUTHERN COMPANION are a Country and Americana band from the South Coast of England. Their sound is a fusion of all the music they love,” a sonic whirlpool where the UK and US currents meet”. They are a band on the rise, recent winners of two British Country Music awards (The Horizon (best newcomer) and Album of The Year for ‘1000 Days of Rain’). At the very beating heart of the band is their singer-songwriter and lead vocalist Darren Hodson.

The band’s collective CV is long and varied with individual members having played for Tom Jones, Lulu, Rumer, James Morrison, Lana Del Ray, Pete Townsend (The Who), Jon Allen, John Isley and Vanessa May amongst others. They have played together on and off for over 20 years in various projects which all finally lead to The Southern Companion and the album ‘1000 Days of Rain’.

In 2015 Darren toured the UK and Europe as the support act and guitarist for Rumer, including a career highlight opening at The City Winery in Nashville to a “roof raising” reception. Also in 2015 the band stormed the CM&T International Artist chart with the single “Drive” peaking at Number 3 twice! 2016 saw the bands best year so far with a UK tour supporting Lulu and numerous festival appearances including Europe’s biggest Country Festival Country 2 Country at the O2 in London.

The next few months will be busy for the band as they are currently recording their third album, which is due to be released in 2017.