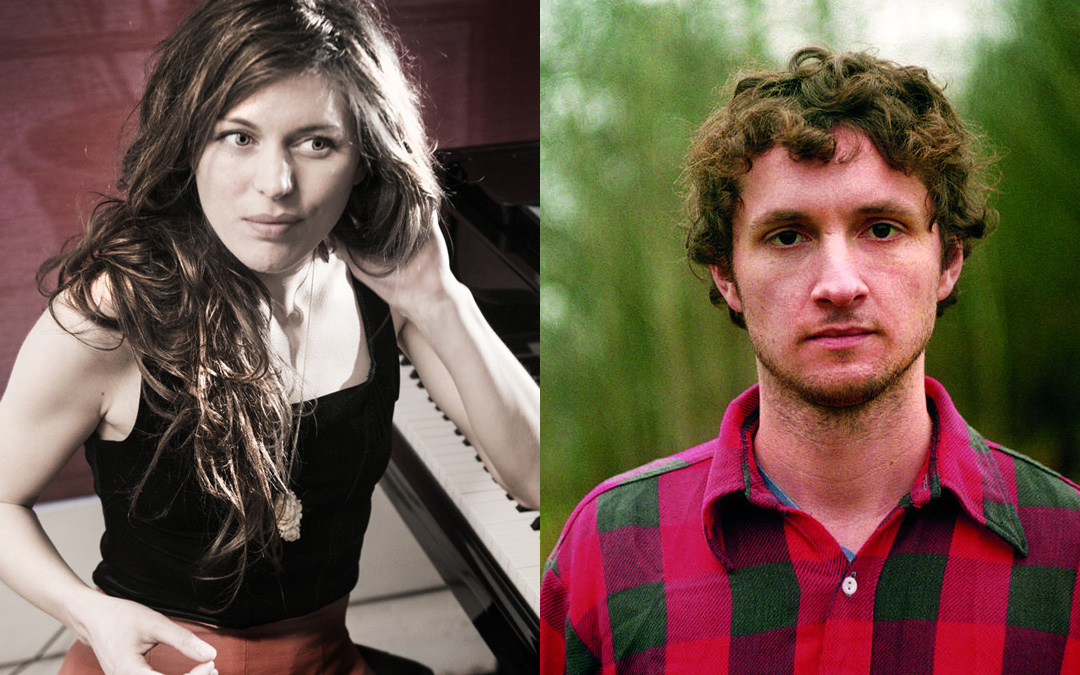 We present a special double bill of two critically acclaimed folk artists who both record for Nonesuch Records. This evening is in support of fRoots Magazine.

Sam Amidon is an American guitarist, banjo player and fiddler who grew up in a folk music family in New England. Following three independently released and critically acclaimed albums (But This Chicken Proved False Hearted, All Is Well, and I See the Sign), his fourth, Bright Sunny South, was released in 2013 by Nonesuch Records. His next, Lily-O, recorded with a band including Bill Frisell, was released by the same label in 2014 and his latest Nonesuch release, The Following Mountain, came out in 2017. This was his first of original compositions, contrary to his previous work which mostly reworked existing, largely traditional music.

Amidon has appeared as a guest artist on albums by Tune-Yards, Glen Hansard, Mx Justin Vivian Bond, Olof Arnalds, The Blind Boys of Alabama, The National’s Grateful Dead Tribute Day Of The Dead, and others. He tours extensively throughout the US & Canada, Europe, Australia and Japan, and has done collaborative concerts and mini-tours with artists such as Bill Frisell, Nels Cline, Jason Moran, and Marc Ribot, the Australian Chamber Orchestra under the direction of Pekka Kuusisto, and Kronos Quartet with whom he featured on their 2017 Folk Songs project album.

He is married to musician Beth Orton and based in London.

Singer, songwriter, guitarist and keyboard player Olivia Chaney was born in Florence, Italy, and grew up in Oxford, England, studying composition, piano, cello and voice. Early influences include her father’s record collections and his own renditions of ’60s folk songwriters like Bob Dylan, Fairport Convention and Bert Jansch. After studying at Chetham’s School of Music in Manchester and the Royal Academy of Music in London, she taught herself guitar and Indian harmonium, and began performing regularly as a soloist.

While building up a devoted following through regular gigging, she recorded a series of low-key independent releases and tracks on compilations. In November 2013, she was nominated for two BBC Radio 2 Folk Awards: the Horizon Award and Best Original Song, for Swimming In The Longest River, which – after being signed following a fRoots magazine cover feature –¬ eventually became the title track of her 2015 debut album on Nonesuch.

In 2017, Chaney collaborated with American indie band The Decemberists to release The Queen Of Hearts, a joint album of reworked folk tracks under the band name Offa Rex, which received a Grammy nomination.

She has also worked as an actress and singer/multi-instrumentalist at Shakespeare’s Globe Theatre, and collaborated and shared stages all over the world with artists, composers, producers and bands including Robert Plant, The Decemberists, The Kronos Quartet, Zero 7, Alasdair Roberts, Concerto Caledonia and The Labèque Sisters.