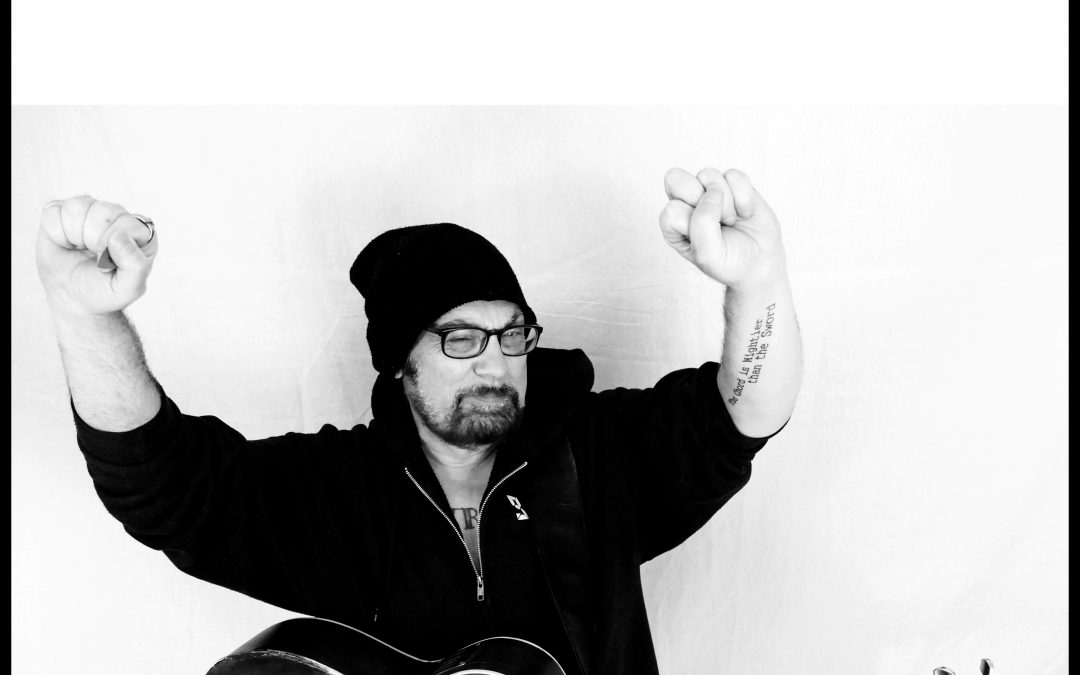 HAMELL ON TRIAL
Headliner and one-man explosion, Hamell on Trial, is a dynamic performance
informed by politics, passion, intelligence and the all-important sense of humor.
Armed with a battered acoustic guitar that he amplifies mightily and strums like a
machine gun, a politically astute mind that can’t stop moving, and a mouth that can
be profane one minute and profound the next, Hamell’s caustic wit and
devil-may-care attitude has long been a favorite of anti-establishment icons Aesop
Rock, Kimya Dawson, and has toured extensively with folk legend Ani DiFranco. His
performances invoke thoughts of the great, rebellious satirists and social
commentators of the past: Lenny Bruce, Richard Pryor and Bill Hicks. There’s no
way around his obscenity but in that is a willingness to fight for the free thinkers of
the world.
“Bald, bold and superbad!” Rolling Stone magazine
“one man Tarantino flick: loud, vicious, luridly hilarious, gleefully and deeply
offensive” – the Village Voice

RUTH THEODORE
No stranger to her own political standpoint, opening artist Ruth Theodore fascinates audiences with her gripping honesty and distinctive lyricism. With a fistful of unconventional guitar tunings, Ruth’s ability to move deliberately between pacey political passages of stomping slide guitar, to moments of disarming humility and beauty, is that of a skilled writer in command of, and having fun with, the idea of contemporary songwriting. Starting her career as a busker Ruth has gone on to perform alongside many great international artists including numerous performances with aforementioned folk legend and label mate Ani DiFranco at the London Palladium and Union Chapel, Dar Williams, Jane Siberry, Jeff Lang, Chastity Brown and Rory McLeod.
“Having received critical acclaim for her four outstanding and unique records, you’d
be crazy to miss this chance to see her” – TimeOut magazine , London
“Confident and original” – The Guardian ****

Support from NATHAN BELL:
Nathan Bell: He picked up glowing 5-star reviews for his album, I Don’t Do This for Love, I Do This for Love – a CD that deservedly won him huge media exposure.