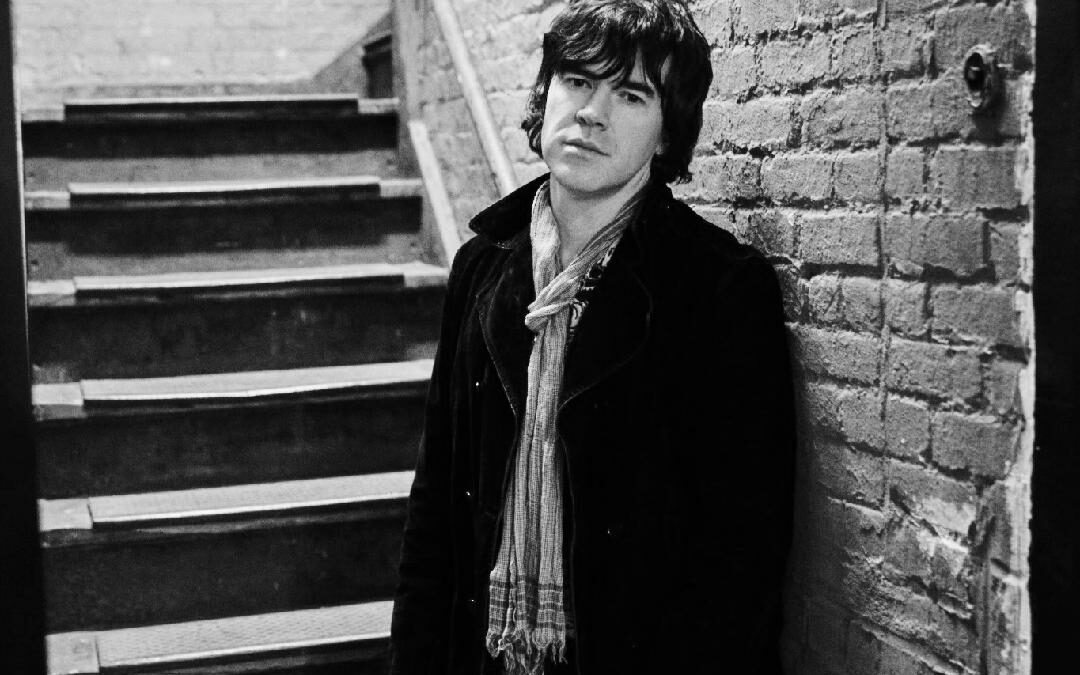 Rocking a classic guitar, under tousled hair, and behind vintage shades, ADAM MASTERSON represents a timeless ideal of what a Rockstar should be—yet he does so for a new age. Unabashedly embracing old school influences as he updates tradition with heaps of spirit and soul, he taps into the kind of magic we yearn for, but don’t get enough of.

In doing so, he emerges as an outlier built from his own design, bucking trends and emanating stadium-size charisma at the same time.

“You have the freedom to create yourself entirely,” he exclaims. “It’s the one place where there are no constraints.  Music and poetry are the truest forms of magic I’ve encountered. Find out what sets you free and create yourself from there. ” He most certainly did…

Standing at his own juncture between English panache, heartland empathy, gospel ambition, and pop prowess, the West London-born and New York-based singer, songwriter, and multi-instrumentalist brings a rock ‘n’ roll edge to pop.

“Adam stands in a tradition that unites songwriters who have followed their muse regardless of fad and fashion or the demand for hit singles.”- Cityshowcase

KELLEY SWINDALL is the oldest of 7 children, born and raised in Stone Mountain, Georgia. As the daughter of a Conservative Evangelical US Congressman,in a staunchly fundamentalist community, the only music Swindall was permitted to listen to while growing up were of the Golden Oldies, Classic Country, and Contemporary Christian variety. It was the former two that excited her soul, w/ their story driven narratives,heart on their sleeve lyrics, and timeless melodies, which weaved themselves into her musical fabric.

At 21 she made her way to New York City, to study theater, but after a break up with a musician, turned to writing songs in an attempt to win him back. By the time she had done so, she determined that she was better off without him, having found the new love of her life, in her own music.

With a rafter reaching voice, evocative of Dolly Parton + Patsy Cline, and original songs in the story-telling tradition of Hank WIlliams, Johnny Cash, and Bob Dylan, Swindall has built a healthy following in New York City’s East Village music scene, as well as across the US, where she tours solo, equally at home in a biker bar or under the proscenium, taking the stage with just her moxie and guitar.

West London Singer~Songwriter LAURA MASTERSON hit the Music scene with her debut single The Otherside, back in 2020.

She joined the London Gig Circuit after it’s release, where she started showcasing her new material in songwriting clubs and open mike nights. Her vocal style has been compared to Stevie Nix and her influences range from Fleetwood Mac to Bob Marley.  She tells stories through her music in an Americana style with a pinch of pop and a splash of soul.

Laura will be releasing more new music in 2022!