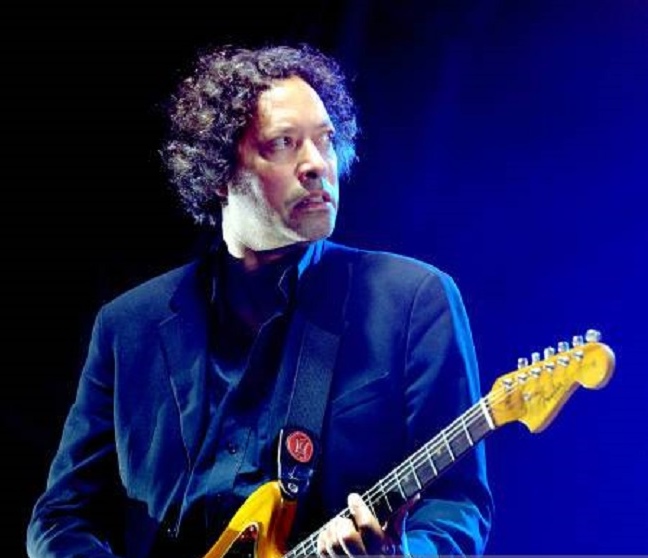 ADRIAN OXAAL (of James and the OysterBand) Traditional Blues Set
Adrian Oxaal is an American-born English musician and music educator, best known for being the lead guitarist in James 1997–2002 and 2015–present.
Since 2012, Oxaal has also toured the UK, Germany, Austria, Canada and Scandinavia with ,and is a member of folk rock band Oysterband, mainly playing Cello, but also taking over on Bass Guitar and Electric Guitar. He has also played with bands Sharkboy,and Goat.
Adrian was born in California of mixed Norwegian-American and Guyanan ancestry, however, he grew up in Hull, England where he learned guitar and cello and befriended his future James colleague Saul Davies when both were members of the City of Hull Youth Symphony Orchestra. Oxaal went on to study music at the University of Sussex in Brighton, where he settled permanently.

This is a very special, rare solo appearance for Adrian with his Traditional Blues Set, only performed once or twice a year!

With a rafter reaching voice and crazily charismatic stage presence, KELLEY SWINDALL has been touring the states with her fiercely unique sound, for the better part of the decade.  Equally at home in a biker bar or under a proscenium arch, the Georgia born/NYC based artist seamlessly blends classic country, blues, roots, and folk.A born storyteller with a sensibility that’s both hilarious and heart-on-sleeve sincere, her songs posit strong personalities against a world of misogyny, heartbreak, and hilarious absurdity; celebrating resilient spirits in all their flaws and prowess.

Part Dolly , Part Hank, and all Heart, her idiosyncratic debut studio  album, You Can Call Me Darllin’ If You Want, is out now on New York City based label Velvet Elk Records.

Praise for “ You Can Call Me Darlin’ If You Want” LP

“Don’t let this masterpiece pass you by” – Americana UK

“You Can Call Me Darlin’ If You Want’ borrows from a lot of traditional country music iconic sounds. At no point, though, does it really sound like anyone except Kelley Swindall” – Twangville