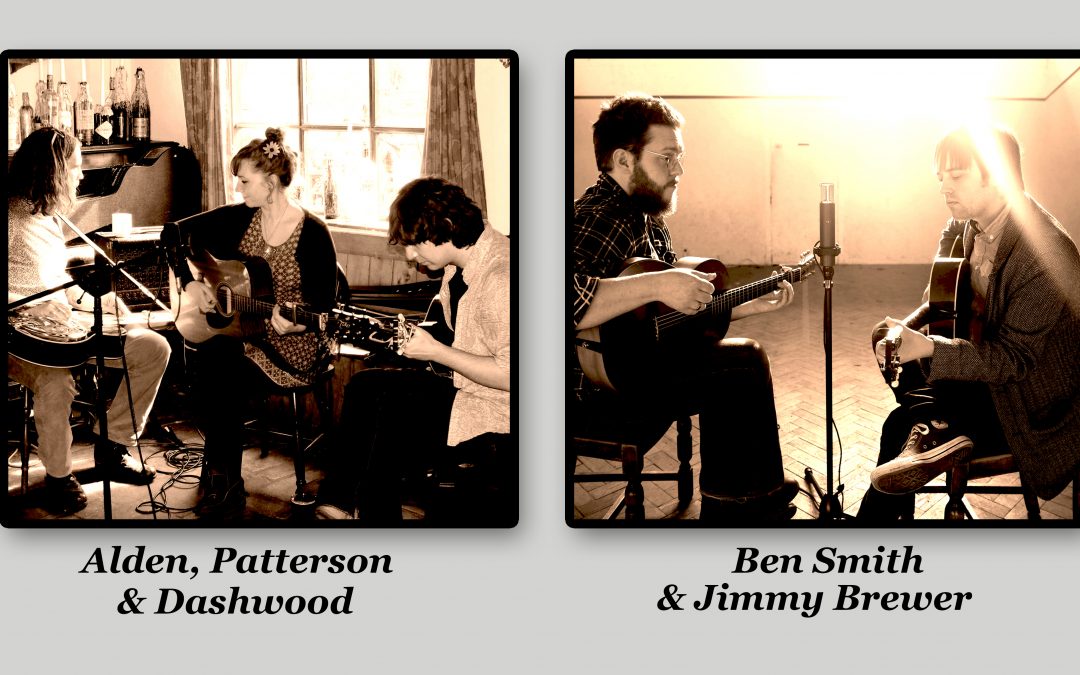 Taking inspiration from the twin pillars of American bluegrass and English folk, fRoots Album of the Year 2016 Editor’s Choice Winners ALDEN, PATTERSON & DASHWOOD weave rich harmonies with fiddle, dobro and mandolin around a combination of finely crafted original compositions and traditional songs, all the while maintaining a thoroughly contemporary cutting edge. No museum pieces, these songs feel more at home alongside the likes of Fleet Foxes and Old Crow Medicine Show than they do the stalwarts of US & UK trad folk. The trio features members of much respected Norwich folk bands Murphy’s Lore, Woodland Creatures and Dumbfoundus.

Legendary singer-songwriter Joan Armatrading discovered Ben Smith and Jimmy Brewer in 2012, choosing them to support her on tour. She loved them so much she called them again in 2015 to repeat the engagement. The duo combine classic close harmony style with superbly honed songwriting craft to produce an instantly classic, brilliantly accessible roots sound, taking influence from the The Everly Brothers to Simon & Garfunkel, John Martyn to the countrified Grateful Dead. After releasing their debut EP earlier in 2017 they were invited in September to showcase at the hugely prestigious Americanafest in Nashville Tennessee alongside the likes of Grant Lee Phillips, The Drive By Truckers, Iron & Wine and the legendary Tony Joe White – great things await this formidably exciting duo.