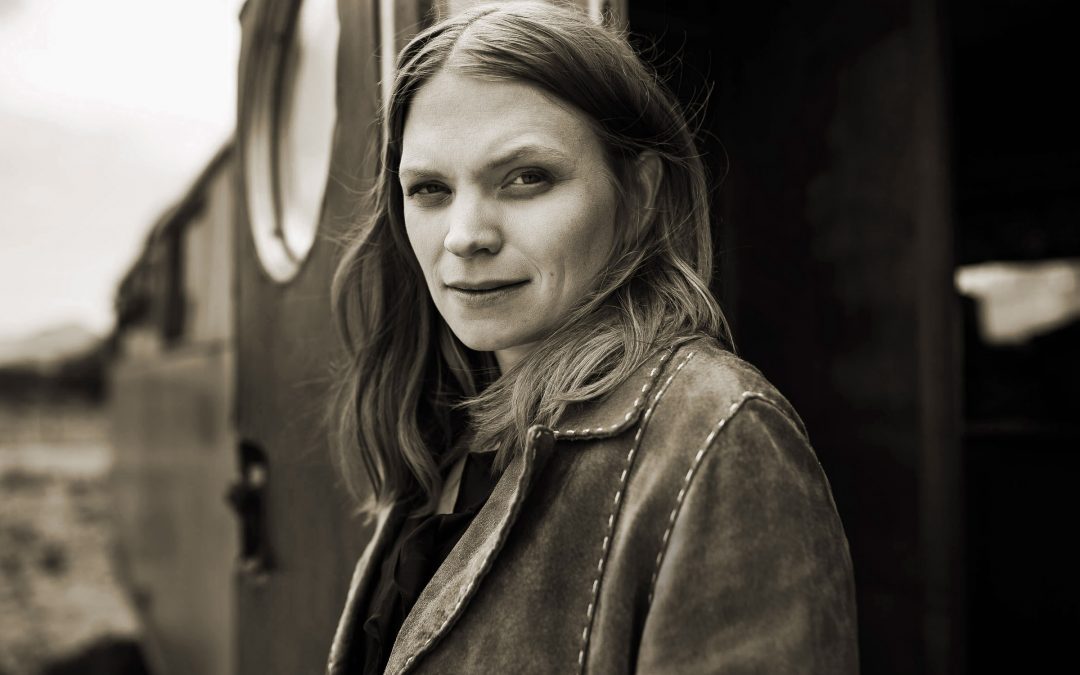 Upon first hearing AMBER CROSS you might think you are listening to an archival Smithsonian recording. Her old-time voice is clear and captivating, like a strong muscle, fringed in lace. She’s a singer and songwriter who writes from her own life’s struggles and experiences, delivering her stories with unforgettable power and emotion. If there’s a rawness to Cross’ voice, a plainness to the words, it comes from the fact that Cross knows the roots of this music aren’t fancy. They’re built by hand and filled with honest words and hard-won truths.

Originally from Maine, Amber left her studies at New Mexico State University to pursue her love for music.  She moved up and down the coast of California; the San Francisco Bay Area, the Sierra Foothills, the San Joaquin River Valley, the coastal range of Sonoma County, and now San Luis Obispo County. She has opened for such artists as Ramblin’ Jack Elliott, Gurf Morlix, Mary Gauthier and Dave Stamey, as well as making frequent guest performances with The Wronglers, Warren Hellman’s band, founder of San Francisco’s Hardly Strictly Bluegrass Festival.

Amber released her debut album You Can Come In in March of 2013. Country Music People Magazine/UK, discovered the album and gave it a 5 Star Review and CD Of The Month, saying “Every now and again a debut CD arrives and you know about 30 seconds in that you are experiencing something a bit special… it’s appeal is likely to be broad, from bluegrass, rootsy Appalachian, to country or honky-tonk.”

Authenticity is a difficult thing to measure in American roots music. It’s not in the hat you wear, or the twang in your voice. It’s in how well you understand that the music comes from the land, and that its roots run deep. Americana songwriter Amber cross understands this, and on her new album, Savage on the Downhill, she makes music as beholden to the landscapes of Northern and Pacific California, where she lives and travels, as to the visually-rich songwriting she crafts around it. Her songs hang heavy with the yellow dust of dirt roads, plunge deep into the soft loam of the forest. Cross connected with other great American songwriters, Gurf Morlix and Tim O’Brien, who both came on board for the album, with O’Brien complimenting her “no bullshit style of singing.”

The songs on Savage on the Downhill are deeply visual and inextricably tied to nature, whether the California forests that Cross roams through, or the high deserts outside Austin, Texas, where she recorded the album. Even the title of the album paints a picture of Cross in the backcountry. “Savage” refers to a brand of hunting rifle, and the phrase “Savage on the Downhill” refers to how a tracker should hold a rifle so as not to bury the barrel into the dirt when side-hilling or climbing down an incline. Like any artist that works with their hands, Cross has a deep love and respect for tools, seeing the same artistry in a well-worn rifle butt that you would in a perfectly crafted song. “I have always been drawn to work that involves my hands,” Cross says. “It seems to me that this type of work is more creative. Or maybe it is that working with my hands pulls the creativity out of me in a way nothing else does.”

Throughout, Cross moves easily through different styles of country and folk songwriting, from Bakersfield outlaw attitude to Woody Guthrie plain-spoken folk. She’s a songwriter able to juxtapose a simple image with a powerful poetic emotion. On “Echoes,” she paints the picture of a humble domestic scene, then wonders what happens to a house when the people who made it a home have left it behind. On “Pack of Lies,” she moves between hard-hitting lines like “Pretending to love is a wicked game” and vision-laden verses like “Barking dogs rule the moonless night.”

It may come as no surprise that Amber cross first came to music through singing in a small church in rural Maine, where she was born and raised. Her father was a small-town pastor and she was raised on the rough-hewn homilies of the hymnal. Now, Cross is creating her world by hand, working her songs until they shine with a worn polish, finding truth in tradition.

“Every once in a while music comes along that you just know instantly that you are going to like.  Amber’s melodies are more than complimented by thoughtful, interesting and honest lyrics, along with fine, understated musicianship that proves the old adage that “less is more”.  The result is a set of superbly crafted, well-rounded, addictive songs that stay with you long after the last notes have ended, and make you hungry for more.” –Duncan Warwick, Country Music People Magazine, UK