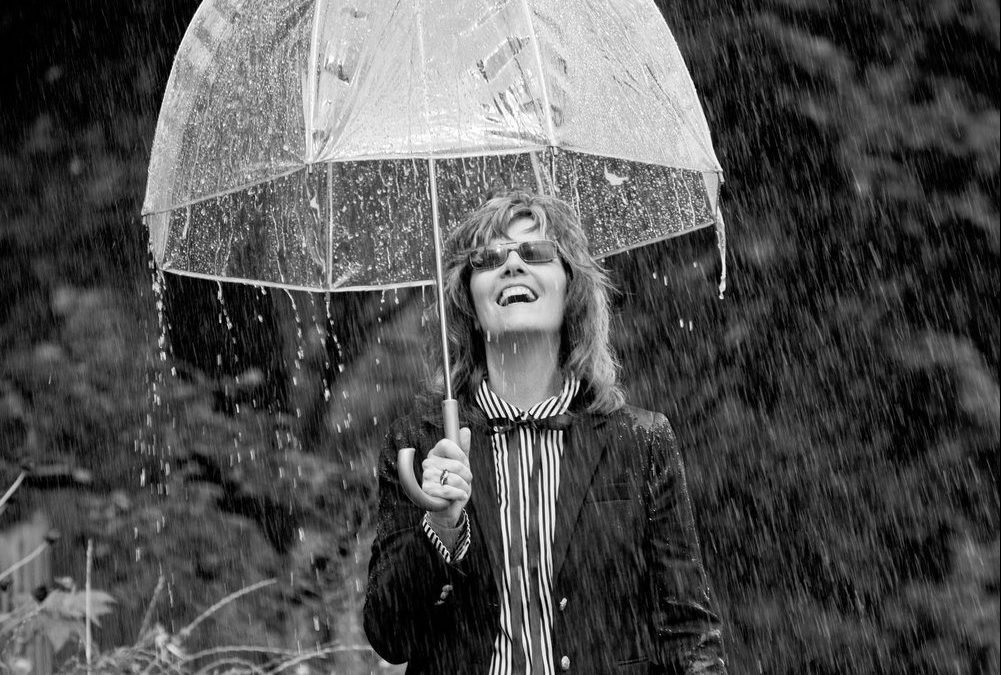 The East Nashville standard-setting songwriter brings a sharp edge of truth and gritty poetry to her seventh album in which she adds four new tracks including a duet with Will Kimbrough to the nine song Rhythm of the Rain released previously in UK.  — If there were an East Nashville Music Hall of Fame, Amelia White would already be in it. The now-famous scene was in its formative days when White arrived from Boston in the early 2000s and became a fixture at the Family Wash. She’s been a leading light in America’s most musical zip code ever since, even as she’s developed a reputation in the rest of the U.S. and Europe as a first-rate songwriter. She helped define and refine the core folk-rock sound of Americana, yet her band’s energetic pulse never outshines her carefully wrought lyrics. She’s a poet who’s been compared to more famous songwriters for years; now, it would be more appropriate to use her as a benchmark.

A gifted songwriter, White is kind of like  Anthony Bourdain with a guitar instead of food”  “ the Fallout Shelter Magazine / Extended Play Theatre
It’s not going out on a limb to say that what Amelia White is creating is atypical to what women in Americana are doing in general these days.  This is much darker and grittier, which renders it a welcome relief  “Americana Highways “
“ 2016 album  HOME SWEET HOTEL- Top of Country ( with Bonnie Raitt, Buddy Miller and John Moreland) The Telegraph

Testament to the quality of Jamie’s songwriting is the roster of names happy to lend themselves to his projects; most recently Jamie has co-written with some of Nashville’s finest songwriters including Angaleena Presley, Amy Speace, Ben Glover, Michael Logen and Brandy Zdan. Having lead Angaleena’s UK band, the Pistol Annies singer returns the favour by duetting on his latest record. Larkin Poe, Brandy Zdan, Good Lovelies, BJ Cole, Richard Smith, Mark Chadwick and Wild Ponies have all collaborated on previous projects.

His forthcoming EP ‘Dreams About Falling’ was produced by Neilson Hubbard, who received a nomination for Album Of The Year at the 2018 Americana Honours and Awards in Nashville for his work on Mary Gauthier’s ‘Rifles And Rosary Beads’.

Jamie’s latest EP ‘Hasia Dreams’ was “a well-timed reminder to the world at large, that here in England we have a songwriter capable of matching the best. There aren’t half measures or compromises. He writes from, and straight to, the heart. When he writes, then you have to listen.”

His previous album earned his band the accolade of the UK’s very own Americana virtuosos (Spiral Earth). With ‘100 Miles From Town’ he set about defining English Americana (FATEA) with a mix of styles embracing folk, country and echoes of the 60’s. Delivering a robust and thoroughly competent collection of roots-rock anthems (Americana UK) he showed how UK acts can compete best in US Americana (Three Chords & The Truth).

Jamie produced the critically-acclaimed ‘Not Waving But Drowning’ and ‘Dead Stars’ (4 stars R2 Magazine) by The Self Help Group along with many other projects including Noble Jacks debut ‘What The Hammer’. A multi-instrumentalist, Jamie has played drums with Sam Outlaw and was MD for Angaleena Presley’s UK touring band.

His home away from home is Nashville, where he’s been a regular visitor for over a decade. His network of friends and found-family there and in the UK gives him access to opportunities and collaborations that would be the envy of many, and he can’t quite believe his luck. (Although, if he says so himself; he puts the hours in.)

He’s a member of the Americana Music Association UK, and works as their designer and volunteer on many projects. He puts a lot of energy into the organisation, taking a ‘high tide floats all boats’ attitude to helping his fellow musicians.

He is the brother of acting sensation Martin Freeman (The Hobbit, Sherlock) and spent time playing with late 80’s synth-popsters Frazier Chorus, led by another talented brother, Tim.