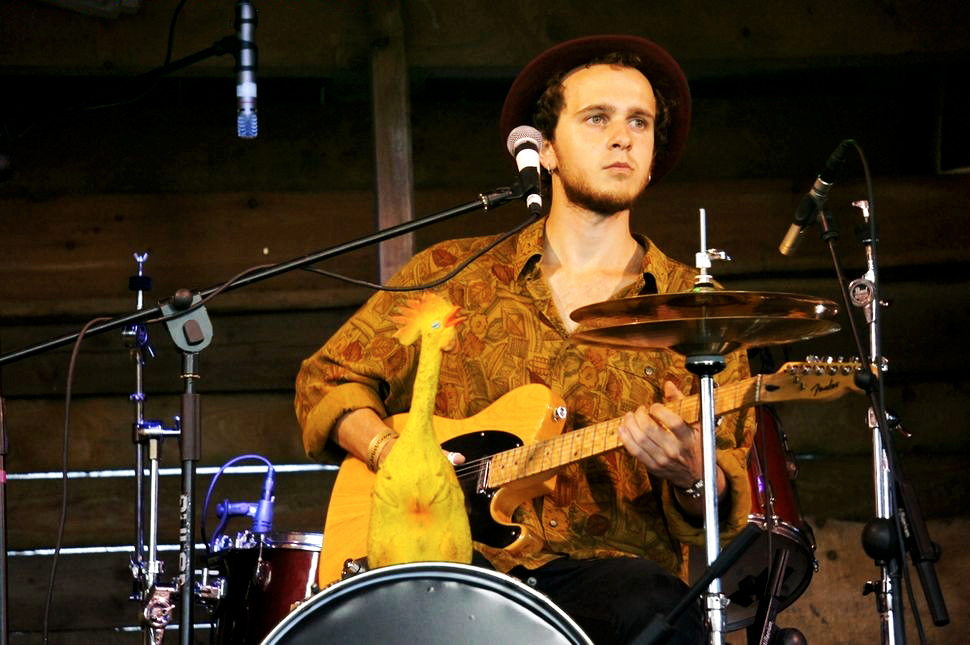 “The audience realised they were in the presence of a real entertainer, a provider of a refreshing blast of new blues” – Blues Matters Magazine

When ANDY TWYMAN released the first ever naked Christmas music video it hit the national headlines, leading The Mirror newspaper to ask “Is this the best Christmas music video ever?” With the topics of his songs ranging from chickens to Luxembourg via Pot Noodle, 24 year old Andy Twyman blends blues with humour and rock and roll to titillate your ears, mind and toes. Having performed on BBC Three and Channel 4, Andy’s reputation is growing as a highly original and entertaining act.

Andy first took to the stage aged 12 in pubs and clubs, with his guitar, voice and harmonica. Before hitting 18, he had gigged as a solo act in top London venues including The Jazz Café and 100 Club. Driven to create a distinctive and exciting act, Andy learnt to play foot operated drums, giving his songs a beat to get people on their feet. Drawing on influences as diverse as Muddy Waters, Monty Python, the White Stripes and Noel Fielding he developed a one man band show. In recent years Andy has brought this show to Spain, the Netherlands and France, has had airplay on BBC Radio Kent and London’s Resonance 104.4FM, and has had articles written about his music in The Sun, the Mirror, and The Daily Mail newspapers. When the summer arrives, Andy finds himself having fun at festivals all over the country inducing laughter and dancing amongst the drunk and disorderly. Allow Andy to tickle your funny follicles with lyrics absurd and profound, and dazzle your ear drums with music and sound. You know you want to.

“A one man band with edge…an excellent, versatile, contemporary singer songwriter that gives the blues a new take with humour” – Lancashire Blues Archive