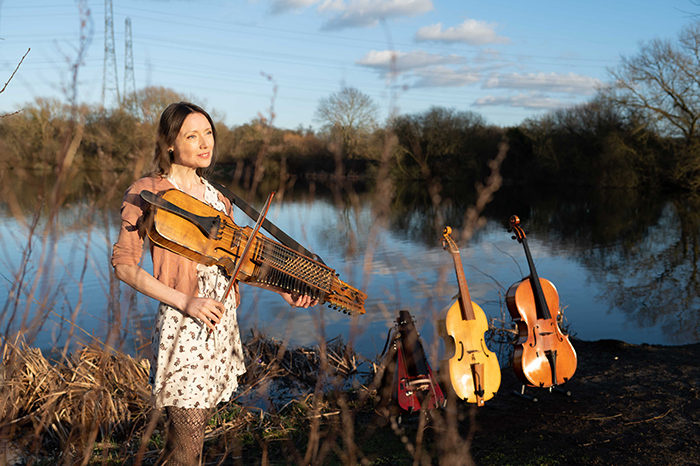 ANNA TAM: Shortlisted as ‘Instrumentalist of the Year’ by Fatea Magazine in 2020 for her work with her group ‘Wilde Roses’ Anna released her debut solo album ‘Anchoress’ in April 2021 to much acclaim

Folk singer and multi-instrumentalist Anna Tam gives traditional British songs her own loving personal twist. She sings with a clear bright voice and accompanies herself on a selection of traditional and historical string instruments including the nyckelharpa, viola da gamba, hurdy gurdy, cello and whatever else she can find. Her approach to the folk tradition is centred in the stories the songs tell and the people who lived them.