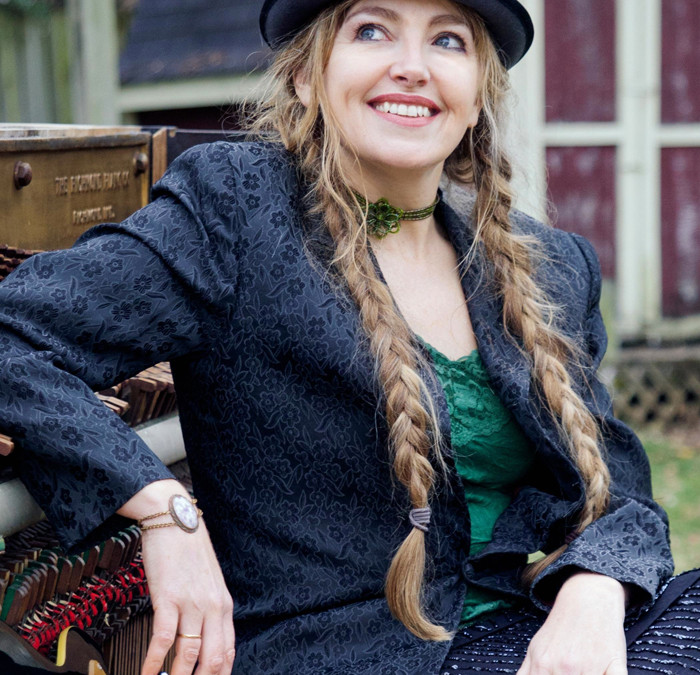 ANNE McCUE: The Australian Singer-Songwriter was discovered by Lucinda Williams at The Basement, Nashville one night. She then went on tour with Williams, playing venues such as The Fillmore in San Francisco and The Wiltern in L.A. and bringing the house down each night.

She has become the consummate entertainer – witty banter, brilliant songwriting and high calibre guitar playing have made her a festival darling. She and John Fullbright were People’s Choice to return to Moab Folk Fest this year.

Stylistically, don’t try to hold her down – in this respect she has a ‘Ry Cooder approach’ to music and also plays a mean slide guitar. Influences include Django Reinhardt, Charlie Christian, Jimmy Hendrix, João Gilberto and Dave Gilmour just to name a few.

“I’ve been a fan of guitarist/singer/songwriter Annie McCue for many years so I’m very honored and happy about singing with her on a damn fine song… You can’t go wrong with such talent.” Dave Alvin

“Initially, her stunning voice hooked me in. Then I got inside the songs. The first chance I got, I went to see her perform . . . I was floored!” Lucinda Williams

“I had done some gigs with Annie McCue out in California and thought that besides her phenomenal playing and great songs she had a unique presence. She has an angelic quality to her but also a Charlie Chaplin-esque vibe. Fearless and tender and alluring.” David Olney