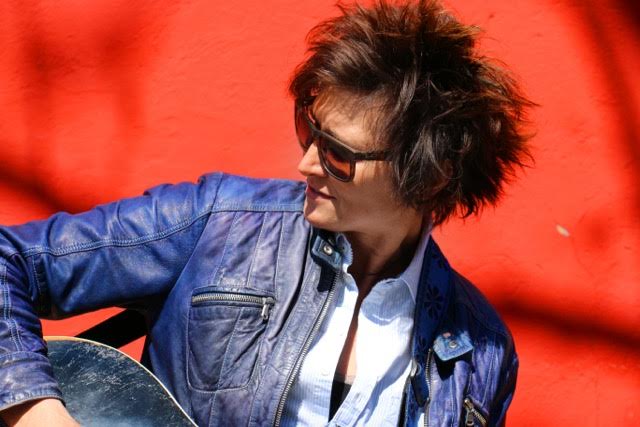 Talent spotted by BBC Radio 2’s Bob Harris, ANNIE KEATING appeared live on the Bob Harris show twice and has performed at leading festivals, including Take Root (Netherlands), the Brooklyn Americana Festival, Glasgow Americana Festival, The Brooklyn Indie Music Fest, Maverick (2017) and NXNE. Her recent album, TRICK STAR (Keating’s 7th full-length release) received rave reviews from the UK and beyond. Bob Harris called it, “A wonderful record. Heartfelt and real.” Folk Radio UK describes the album as “disarmingly engaging.” R2 Magazine calls Keating, “a budding Americana Star” and the Irish Times heralds the new release, “A strong and consistent collection radiating warmth and honestly.” Her last album “Make Believing” was championed by the TELEGRAPH as a “best country music album” pick of 2015. Keating has played on the bill with John Hiatt, Bon Iver and other greats. This is her third UK tour (trio style this time with Steve Mayone from Brooklyn on guitar/mando and London’s own Scott Warman on bass). This 16+ show UK tour includes Maverick Festival shows, an Under the Apple Tree session and excellent double bills w/UK artists Danni Nicholls, Danielle Cawdell, Porchlight Smoker, Ags Connelly and others). For fans of Lucinda Williams, John Prine, Jason Isbell and other great alt-country songwriters, this is sun-dappled Americana at its best, sure to enchant.

27 years after Erasure topped the charts with ‘A Little Respect’, THE BOY WHO KICKED PIGS released his own stripped down acoustic version of what was a huge worldwide hit for the SynthPop duo, favoured by composer Andy Bell.

‘The Boy Who Kicked Pigs’ is solo singer songwriter Karl Bray, who spent years playing with Brighton based electro pop outfit Kovak, the first unsigned band to be play-listed on BBC Radio 2, alongside LA’s KROQ. The band also have various tracks featured in British and Hollywood films.
Karl, a serious record collector has a limited edition of 45 only, one sided 7” vinyl records lathe cut along with a digital download of the single which has handmade artwork by artist girlfriend EJ Sparkles. Each copy includes an individual coloured feather from the video.

Karl has previously worked with leading producers such as Andy Gray (Hard Fi / Big Brother Theme) Andy Hughes (The Orb) spending much time crafting the perfect pop record with Kovak.
’A Little Respect’ is the polar opposite, a home grown affair recorded live in a true lo-fi style…in his front room on one microphone – and in Mono!
Karl says of the recording “I tried to re-record this song many times over the years but ended up using the original demo as it just had that vibe you strive years to obtain”.

‘The Boy Who Kicked Pigs’ is now performing solo shows, sometimes with a full band and has already supported The Levellers, Finley Quaye and Karl Blau.

‘The Boy Who Kicked Pigs’ name comes from a book written by actor Tom Baker who once flung Karl a 50 pence piece whist busking in their home town of Kent.