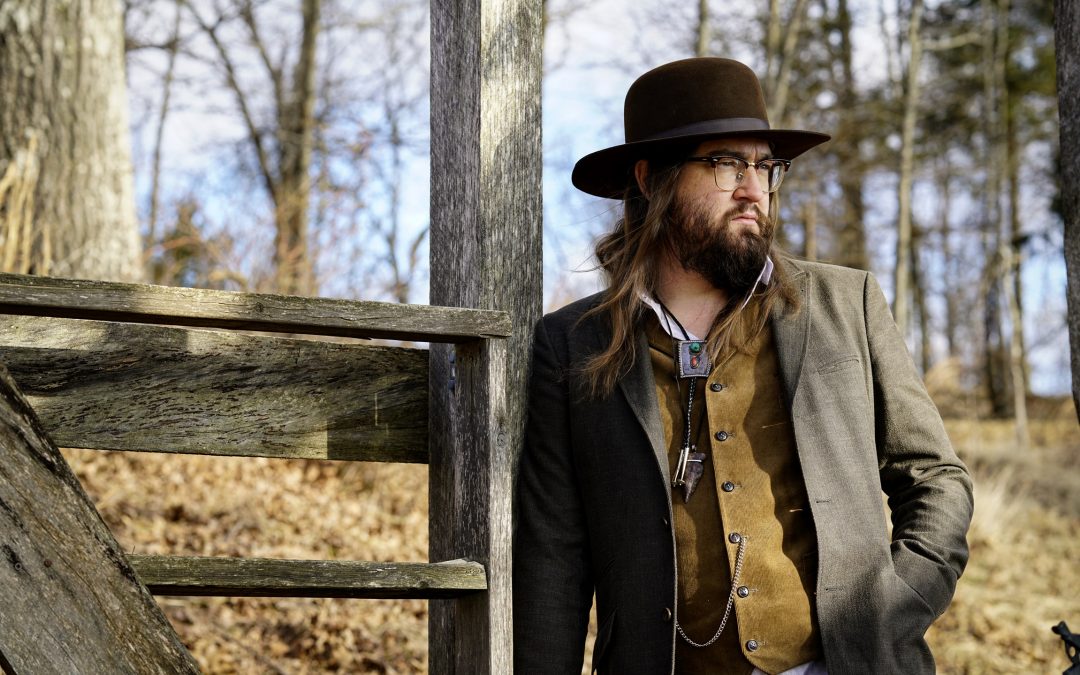 It’s a romantic cliché to find an escape in music and the blues, but living that life is a different matter. Ask Dave about growing up in a broken home, with fundamental Christianity on one side, and crippling drug-addiction on the other, and you can see in his eyes that this is no easy ride, and that at times music really was his only friend.
After High School, Arkansas Dave played in bands, funding his music with a succession of jobs where he had to find his feet quickly – from bus boy to assembly-worker in a trash-bag factory.
His wake up call came at the edge of a breakdown with a cataclysmic weekend epiphany. He headed home for a rare visit, and was persuaded to play a few songs to his family. The response he got from his grandfather sent his mind racing, only for him to find out the next week that his grandfather had died 24 hours later.
Determined to clean himself up, and sort his life, Arkansas Dave enrolled on an audio engineering course at Media Tech in Austin Texas, driving into town with a trailer loaded with all his possessions, ‘like something out of the Beverly Hillbillies’.
And that’s where everything changed – the college was housed at that time in the famous Arlyn Studios, home to sessions from Willie Nelson, Neil Young and Ray Charles. Dave with his musical co-horts took the night shift at the studios – laying down tracks and learning the ropes.

A succession of bands followed, picking up a strong local following around Austin. The final part of his musical education saw Dave touring North America as a member of old bluesman Guitar Shorty’s band, where he learned ‘what it took to be a professional musician’
Fast forward to 2016 and Dave has written the album he’s always wanted to create – a wide ranging blues-rock based record that tells the story of his life, but resonates with all of us.

The project just needed one more ingredient, so enter the Swampers, the legendary Muscle Shoals Rhythm Section. In a blistering eight-day recording session at Fame Studios the band laid down the backing tracks, and Dave returned to Arlyn to complete the vocals.
So the next chapter of Dave’s life is about to be written as he pulls his band together and takes his album out on the road – this time on a road that he’s building….

“Honest Americana, Blues and Rock n Roll that reflects the spirit of the South.”