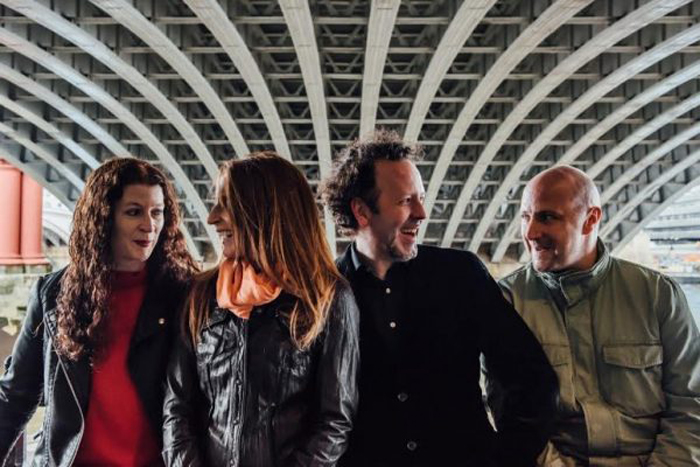 Both as solo performers and members of other groups, the quartet’s collective musical CVs include performances at Cambridge Folk Festival, Glastonbury Festival, The Roundhouse, Temple Bar TradFest, Ronnie Scott’s, the Barbican and the Royal Albert Hall, as well as radio (BBC Radio 3’s In Tune, RTE’s Today with Sean O’Rourke) and TV (TG4’s Féilte, Geantrai and Hup!).

Exploring the full range of traditional tunes and songs, from effervescent reels to emigration ballads, the quartet uses its rich textural palette – including the pairing of McElligott’s sax and Ryan’s banjo, which they were inspired to dust off after a memorable weekend of music in Alsace with Shaskeen – to set the material in striking and ear-catching ways while always respecting the primacy of the melody.

Although they only performed together for the first time in this combination in 2012, at the Ennis Trad Festival – launching Ryan’s acclaimed solo CD The Coast Road (Cló Iar-Chonnacht, CICD188) which features both Quinn and Doherty – the musical friendships that underpin Wild Winds have deep roots.