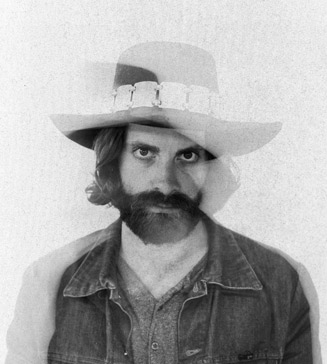 BEN ROGERS is a classic storyteller with a voice like smoke-damaged velvet, soaked in holler-distilled whiskey. A lived-it realness to his work, travel-worn acoustic guitar in hand and well-tramped boots stomping out a steady rhythm, he can hypnotise with his timeless tales.

Raised and based in Vancouver, Canada, though it’s a far cry from the back country roads of southern USA, he embodies the values and musicality of traditional folk, Americana and country.

A powerful presence on stage, there is a careful balance of mystique, mischief and gentle kindness that emanates through all aspects of him.

There’s a bright side to Ben as well; his sense of humour in writing and performance is as infectious as his songs.

His self-produced debut, Lost Stories: Volume 1, was released in 2013 to critical acclaim. This year’s follow-up, The Bloodred Yonder, is winning him even more praise.

AmericanRootsUK predicted: “He could turn out to be one of the best singer-songwriters of a generation.” R2 magazine said he produced “universal tales with all the authority of an Old Testament prophet.”