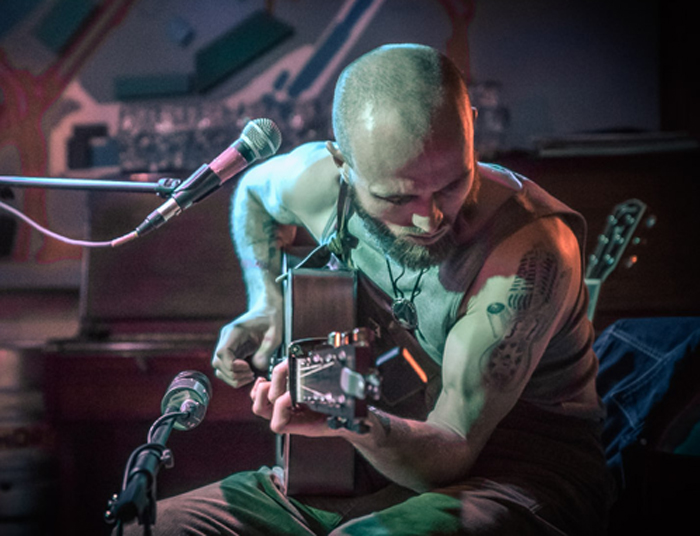 BENJAMIN BASSFORD: Benjamin Bassford is anfractuous & idiosyncratic in nature, meandering through genres like the drifting ghosts of his consciousness.
Benjamin’s style of performance has been compared to those of; Tom Waits, John Renbourn, Mance Lipscome, R.L. Burnside, Bob Dylan, Kelly Joe Phelps, Ry Cooder & various others. Yet despite his ecliptic mix of influences Benjamin also brings his own personal style to his work, which has led some to suggest he is beginning to define a space in the genres.

Nominated for Acoustic Artist of The Year, alongside Young Artist of the Year in the 2018 UK Blues Awards, Benjamin is beginning to carve out a reputation for his live shows; while also receiving acclaim for his recordings.