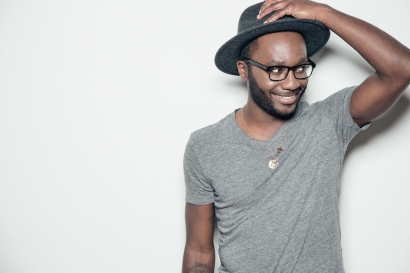 BENTLEY CALDWELL: Nashville has many sounds… It sounds country, pop, and by all means ‘radio-friendly.’ But there’s a wrinkle in Nashville’s genre status that’s begging for soulful folk music. The sound that returns people to their roots, but their ear hasn’t quite settled on. Bentley Caldwell is forming that sound. Soulful as an Otis Redding record, Bentley’s catalog seems as though it would be more at home in a dusty old record shop, but is characterized by his thrilling lyrics, which soothe the ear of the 21st century.

“If blues, soul and rock music are cousins sharing grand-parentage and similar DNA, then Bentley Caldwell is the equivalent of a family gathering, a joyous reunion and a celebration all rolled into one. It’s also a party where the hired band features Van Morrison, Otis Redding and Ray Charles leading The Asbury Dukes through some of the coolest music of the last 60 years. It is that timeless spirit that Bentley Caldwell manages to infuse his music with, and Mr Almost is a blend of soul dripping saxophones, funky grooves, bluesy riffs, cool Hammonds and Stax attacks, all threaded together so brilliantly that you can’t see the join.” A&R FACTORY